‘As good a man as God ever created’: Lindsey Graham once cried explaining his love for Joe Biden 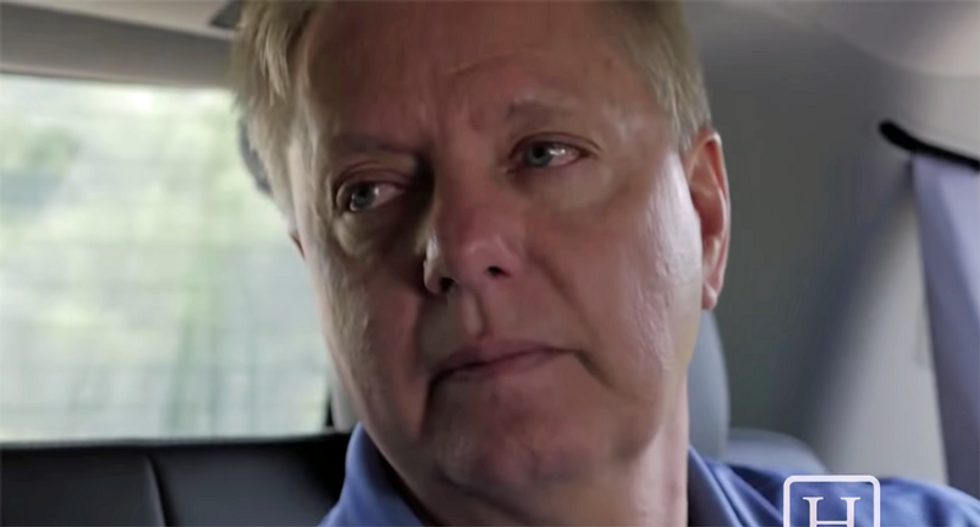 One of the biggest political mysteries of the Trump era has been the change in Sen. Lindsey Graham (R-SC).

Graham was once a leading opponent of President Donald Trump, but has since become one of his biggest defenders -- despite that support requiring Graham to reverse himself on issue after issue.

Judging by the 2018 midterm election results and growing movement for impeachment, Graham may have been correct in his prediction. Yet he continues to back Trump anyway.

"I remember when he used to go to Ukraine with John McCain and sort of reassure the Ukrainian military we are with you. I remember when Joe Liebermann and John McCain and Lindsay Graham used to call themselves the Three Amigos and they wore the faces of America’s promise for this military aid to always be there," she recalled. "Now Lindsay Graham debases himself as the most public and the most foolish defender of Trump’s clear and obvious -- and in transcripts he’s released -- brazen corruption."

"When I was with Huff Post a couple years ago, 2016, we followed around presidential candidates on the road. And one of the first videos we did was Lindsay Graham. Lindsay Graham cried in the back of his car when he was recounting his friendship with Joe Biden," Stein recalled. "Just cried."

"Yesterday his office put out a press release pushing the smears on Hunter Biden and the allegations. And it just goes to show you the degree to which Trump has captured members of the Republican Party, that Lindsay Graham made that complete transformation over the course of two years," he noted.

Indeed, the video shows Graham saying that Biden is "as good a man as God ever created."