Australia prepares for ‘Day Zero’ – the day the water runs out 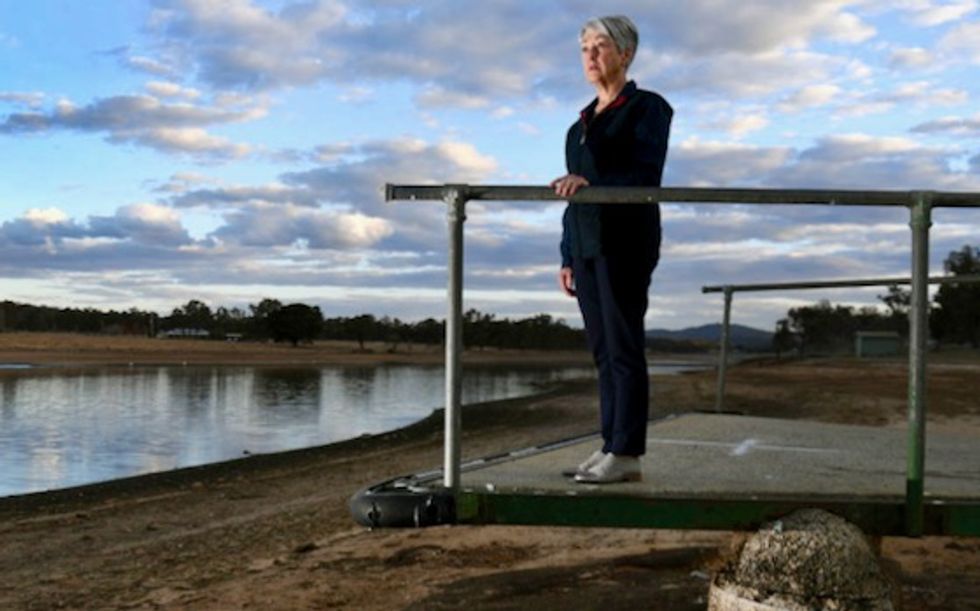 It’s not unlike a storyline from a dystopian film about the taps running dry in cities around the world. Except that it may soon be a reality for around a dozen towns in Australia – and scientists say it’s a warning for the rest of the world.

Day Zero, as it’s called, would mark the start of water rationing and the day residential taps are turned off – literally – with large numbers of households and businesses having to go to local collection sites to fetch water.

Day Zero is pending in at least a dozen Australian country towns stretching from the northern state of Queensland – known for its sprawling banana plantations and tropical heatwaves – to the state of New South Wales, whose capital Sydney is the country’s most populous city.

Successive droughts and the extra water needed to fight intense bushfires have caused an unprecedented shortage, with these regions now facing the prospect of the taps running out within a matter of months. Water security remains almost non-existent for many rural communities, with 10 towns at risk of running dry in six months if it doesn’t rain and if water infrastructure isn’t improved. The wider consequences have meant that many shops are on the brink of shutting and the desperation has even led to water theft. Temperatures are 10°C above average and 130 bushfires continue to burn in New South Wales and Queensland, which this year is suffering its worst start to the bushfire season on record.

Australian governments have for years stalled on climate action reform– despite pressure from voters to make it a policy priority– because the country’s economic growth is so tightly tethered to coal-mining exports. That inertia was underscored this week when David Littleproud, the minister responsible for drought and natural disaster, was asked whether he thought human-induced global warming was making bushfires more intense. “Whether it’s manmade or not is irrelevant,” Littleproud told the ABC Radio National program:

Despite flip-flopping days later, the minister’s comments reflect what has been a widening global divide between voters and governments on climate change.

While Australia has long been buffeted by bushfires, drought and floods, it’s the additional impact of global climate change that is making water scarcity, there and elsewhere in the world, a reality.

Nor any drop to drink

Australia isn’t the first country to face the prospect of a Day Zero. Brazil’s Sao Paulo teetered on the brink in 2015 as did India’s sixth-largest city, Chennai, in mid-2018.South Africa narrowly averted its Day Zero last year after prolonged low rainfall and a particularly brutal drought gripped the city of Cape Town: The city’s water supply was close to being shut off as its freshwater reservoir hovered just above 13.5 percent of full capacity. Had Day Zero been triggered, it would have been the first instance of a major city in modern times running out of water.

Australia’s looming Day Zero is highlighting the necessity for long-term strategies for water management and for improved cooperation at a global level.

Scientists from the Grantham Institute at the Imperial College in London and the University of Cape Town, who co-authored a paper on Cape Town’s Day Zero, say that climate change will make water shortages more common in cities around the world.

“Changing shifts in rain patterns are a major cause of water shortages and, as the climate changes, droughts and heatwaves will be more likely,” explains Robbie Parks, research postgraduate and co-author of the paper.

“Water is treated as an infinite resource, but it only takes two or three dry seasons to trigger a catastrophic drought – Cape Town is a prime example of that – so there needs to be a huge change in how water is managed.”

Too hot to handle

It’s a troubling assessment, given the extreme heat that this year caused devastating bushfires in Spain, Greece and the USA – countries not typically hit by seasonal fires. Heatwaves also set the mercury soaring to record levels in the Netherlands and France, with the latter country’s health ministry releasing statistics this month showing a 1,500 increase in the number of deaths caused by severe heat compared to previous years.

And more heat will mean an increased demand for water, with threats to water security predicted as one of the most worrying effects of climate change.

Becoming better prepared was behind the cautionary message from the World Resources Institute (WRI) in July, when the US-based think tank released its report saying a quarter of the world’s people face “extreme high water stress”.

While united, global action on climate change suffered a significant setback after the 2017 US withdrawal from the Paris climate change accord, there is a new energy at the grassroots that gives some reason to hope that change can happen at a more rapid pace. Youth climate activist Greta Thunberg – along with groups like Extinction Rebellion – are piling the pressure on governments, taking their message from the streets to international summits, with organisers of several groups maintaining momentum by planning a climate strike in cities around the world on Friday ahead of a UN meeting on the issue in New York on Monday.

What remains unanswered, though, is whether policy changes taken now will be enough to arrest or possibly reverse the damage already wrought. If not, more cities will likely be facing their own Day Zero in the not-too-distant future.