Before he was AG, William Barr endorsed a book that claimed campus rape was a hoax 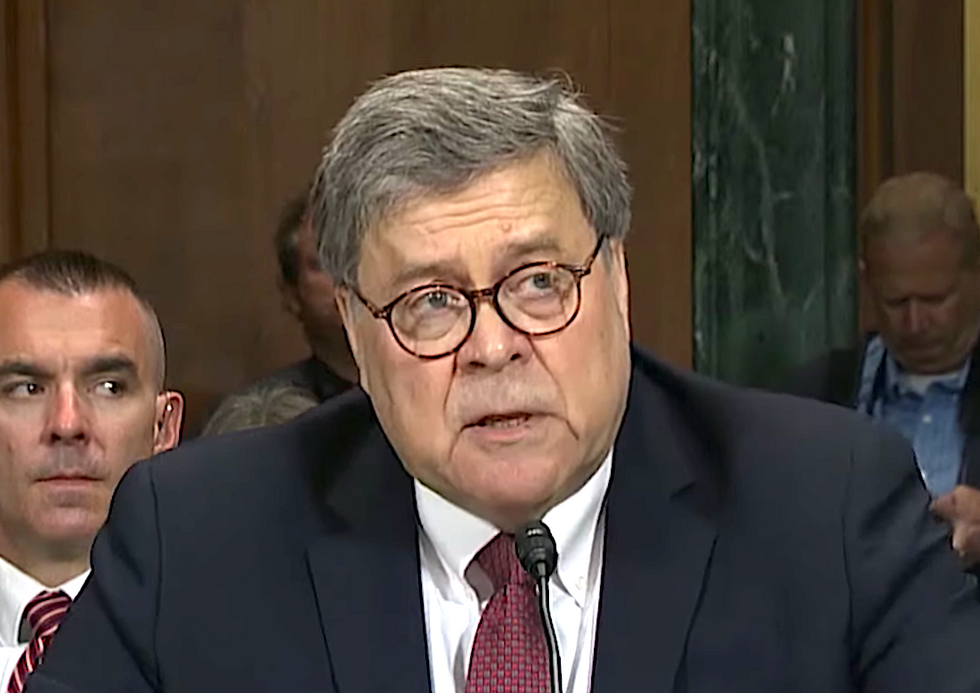 In a blurb written for the book Campus Rape Frenzy on its Amazon page, Barr accuses "extremists on campus" of creating "misleading alarms" about rape.

"The frenzy about campus rape has helped stimulate—and has been fanned by—ideologically skewed campus sexual assault policies and lawless commands issued by federal bureaucrats to force the nation’s all-too-compliant colleges and universities essentially to presume the guilt of accused students," the blurb reads. "The result has been a widespread disregard of such bedrock American principles as the presumption of innocence and the need for fair play."

"This book uses hard facts to set the record straight," Barr continues, adding that it "shows why all students—and, eventually, society as a whole—are harmed when our nation’s universities abandon pursuit of truth and seek instead to accommodate the passions of the mob."

As NBC News points out, the book, written by by K.C. Johnson and Stuart Taylor, along with Barr's blurb, were "part of the administrative record" used by Education Secretary Betsy DeVos in her decision to roll back Obama-era rules that aggressively pursued campus rape allegations. Speaking to NBC News, Taylor said that he's hopeful Barr will use his role as Attorney General to "move policy in the direction Betsy DeVos is trying to do."

In a tweet from this Sunday, Trump called on the Justice Department to "rescue" Supreme Court Justice Brett Kavanaugh from renewed calls for his impeachment in the wake of new allegations of sexual misconduct while he was in college.

Democrats are now saying that Barr should have been questioned about his blurb for the book during his confirmation hearings.