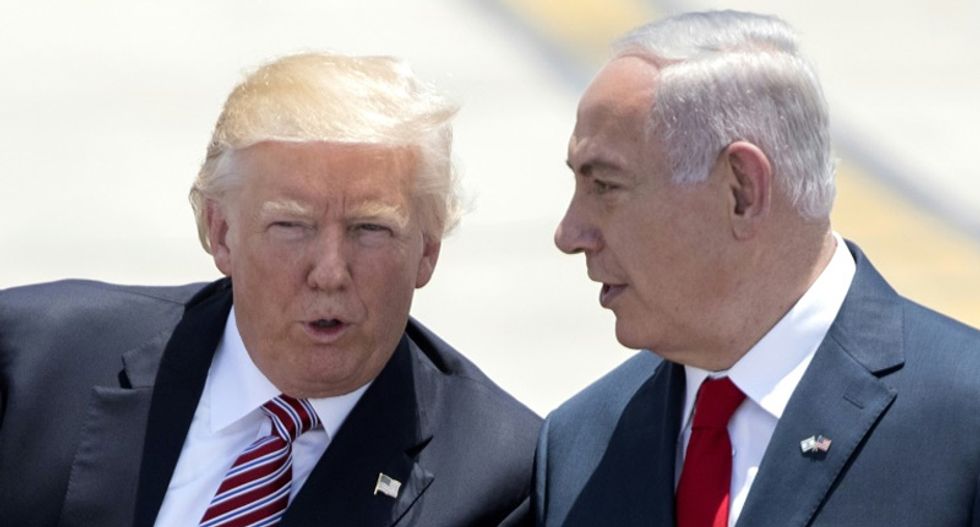 Israeli Prime Minister Benjamin Netanyahu is in the fight for his political career after failing to form a coalition government in his previous reelection.

An MSNBC report revealed that Netanyahu was a no-show at a campaign rally after his team got a new poll that showed him losing on Tuesday.

Five months ago, the election was inconclusive, so Netanyahu declared himself the victor. The law dictates he must choose his coalition government by May, which automatically resets and requires another election. Ironically, it's one of the ways that Netanyahu was able to rise to power in his first election.

"There are signs that he can lose this election. And some of those signs are coming from his own campaign," reported global correspondent Bill Neely. "I have just come from a campaign rally outside Tel Aviv. Benjamin Netanyahu was meant to headline that rally. He didn’t turn up. And there are reports that the reason is that he had received what’s called an in-depth study suggesting that he will lose Tuesday’s election, and instead, he has called an emergency meeting of his party members. NBC News can’t confirm that report, but the fact is he didn’t turn up."

He's now turning to President Donald Trump for help. The U.S. president announced that he would form some kind of new treaty that likely won't do anything beyond political showmanship. However, it's unclear if Israeli voters will see it as a toothless attempt to garner greater support among far-right voters.

The polls are currently neck and neck. Neely cited a political analyst who said that Netanyahu has had "nine political lives and he's already used up 17 of them."

Herschel Walker was the latest Trump-endorsed candidate to lose his election in this cycle, but the "Morning Joe" host said Republicans have been losing ever since the former reality TV star entered politics.

India's largest winemaker Sula Vineyards is heading to the stock market, betting on the diversifying tastebuds of a booming urban middle class in a country that has long favored strong liquor.

Wine makes up less than one percent of India's massive alcohol market, with spirits the overwhelming drink of choice in the nation of 1.4 billion people.