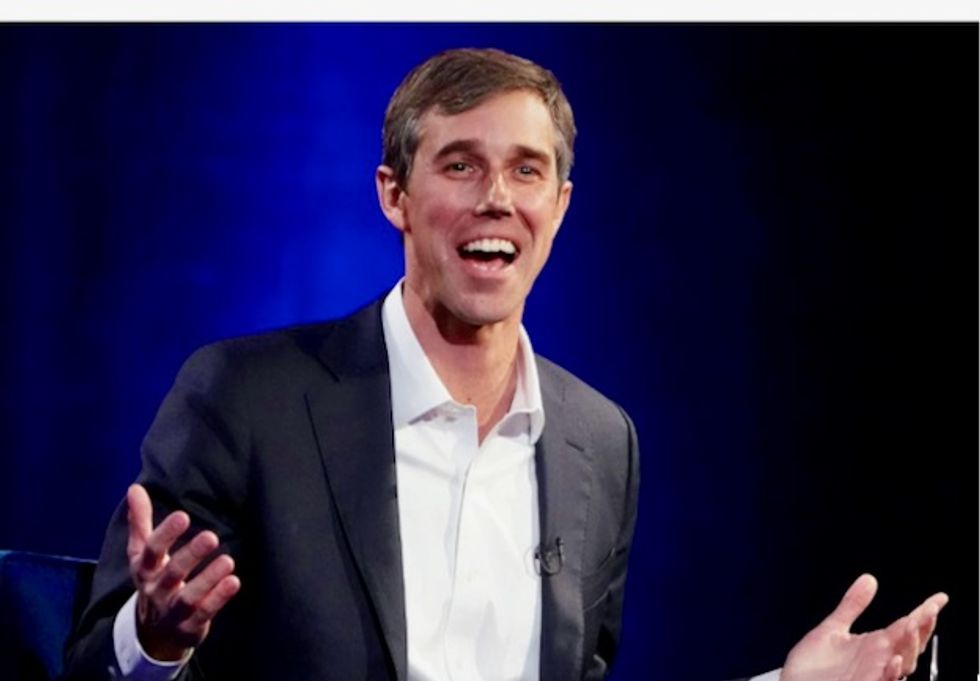 Beto O'Rourke is no longer a serious contender, but he might be able to teach his party how not to live in fear

Beto O'Rourke, the former congressman from Texas who is now a Democratic presidential candidate, has been titillating the schoolmarms of the American press corps by saying naughty words. He let an F-bomb fly while dressing down the media for pretending that it was debatable whether Donald Trump was responsible for inspiring the mass shooting in El Paso, O'Rourke's hometown. He let loose another one in response to another mass shooting in the Midland-Odessa area,  which is relatively nearby by Texas standards.

Somehow, the press response to this was simultaneously one of feigned delicacy at his language and hardened cynicism, the assumption being that O'Rourke was using this extremely common word that almost everyone uses in private out of some political calculation. The possibility that mass slaughter in his own backyard had rattled O'Rourke out of political calculation and into talking like a normal person — no doubt the way all these pundits speak in casual conversation — was dismissed out of hand.

But let's just assume for a moment that it's real and what we're seeing now is a man who, shaken by having to deal with unimaginable horrors inflicted on his once-peaceful community, has run out of fucks to give. When it comes to pandering to the pearl-clutching instincts of the Beltway media, Beto's fuck-giving account is cleaned out.

The clearest evidence of this isn't that O'Rourke has a potty mouth, but that he's started to get a lot bolder in his policy proposals. He knows he's an extreme long shot for the Democratic nomination at this point, and he's openly defying common wisdom about the supposed dangers of liberal overreach on certain culture war-related issues.

The most obvious example is on gun control. While most Democrats are careful to reassure voters that they only support "common sense" gun control and aren't out to take anyone's guns away, O'Rourke has come out hard for mandatory buybacks of assault weapons, similar to programs that have been shown to work in countries like Australia and New Zealand.

During the most recent debate in his home state of Texas, O'Rourke didn't flinch when asked if he was serious about this, saying, "We’re going to take your AR-15, your AK-47. We’re not going to allow it to be used against a fellow American anymore."

As Max Boot at the Washington Post noted, some Democrats, such as Sen. Chris Coons of Delaware and South Bend, Indiana, Mayor Pete Buttigieg, flinched, scolding O'Rourke for giving Republicans an excuse to flip out about "gun-grabbers" on the left.

But what these Democrats fail to understand is that, buoyed by the radicalism and cash infusions of the NRA, Republicans are already calling Democrats a bunch of gun-grabbers. Since they're going to make that accusation one way or another, why not do what O'Rourke's doing, and just stake out a position that might actually open a discussion about real-world approaches to preventing gun violence?

Since Republicans were already hyperbolic on this issue, O'Rourke created a real problem for them. They didn't really have room to escalate, at least peacefully, having maxed out the hysteria. So the rhetoric escalated to violent, barely concealed threats. Alex Jones of Infowars said O'Rourke will end up dead if he keeps it up. Meghan McCain of "The View", predicted — or, if you prefer, threatened — "a lot of violence" if there's a buyback program. Tucker Carlson of Fox News said O'Rourke's proposal is "incitement to violence." There are plenty of other examples, including a Texas state representative who tweeted, "My AR is ready for" O'Rourke.

That's all pretty scary, but it also shows that O'Rourke's strategy worked. Say what you will, but he demonstrated that those "responsible gun owners" that the NRA always yaps about are, in fact, a bunch of yahoos with deeply violent fantasies who need to be first in line for having their guns confiscated. That seems like a more productive political strategy than fruitlessly trying to keep Republicans from calling you "extreme."

Despite Senate Minority Leader Chuck Schumer's protestation that "I don't know of any other Democrat who agrees with Beto O'Rourke" on this issue, that's simply not true. Polling shows that nearly three-quarters of Democratic voters support the buyback proposal. The Washington Post poll shows that over half of all Americans support it — including 31% of Republican voters.

But it's not just on the gun issue where O'Rourke is embracing a supposedly toxic position that is, in fact, actually popular. He's also coming out hard for marijuana legalization, which has been a major issue for him for a long time — border communities like El Paso have suffered many negative effects from the war on drugs.

To be fair, nearly all the major Democratic presidential candidates have backed marijuana legalization, and the lone outlier, former Vice President Joe Biden, favors decriminalization. But O'Rourke really seems to have put some thought into what legalization would look like, while most of the other candidates have avoided drawing too much attention to their opinions on this issue.

On Thursday, O'Rourke unveiled a proposal for "justice grants." funded by a tax on legalized marijuana, that would be awarded to people who have been imprisoned for nonviolent marijuana offenses. Those people would also be granted clemency and have their criminal records expunged. The money would be intended to help get them back on their feet, and to acknowledge the injustice of arresting them in the first place.

This is the sort of policy proposal that Democrats often shy away from, because they fear provoking racists who will undoubtedly flip out about people of color — who are disproportionately arrested for drug offenses — not just being released from prison but being given checks.

But it's exactly that sort of cowardice that prevents Democrats from seeing the real opportunity here. Not only is marijuana legalization popular — more than 60% of Americans support it — but there's a good chance that this is an issue that can nab new voters. One in four Americans under 30 say they're more likely to vote if marijuana legalization is on the ballot. It's not unreasonable to imagine that a lot of the young men who are currently being courted by the alt-right might get more interested in Democrats, if they thought there was a real chance Democrats would fight for legal weed.

But the key here is to show some fight and refuse to back down. Simply supporting legalization isn't enough, because voters will understandably think that candidates are merely checking off boxes and won't put a priority on this issue once they're elected. By making this bold proposal, O'Rourke is letting the stoners of America know that he actually cares and it might be worth putting down the pipe to hit the ballot box.

Perhaps the most important thing O'Rourke has done has faded the most into the background: He blamed Trump for the El Paso shooting, and told reporters to "connect the dots" between Trump description of Latino immigration as an "invasion" and a white supremacist deciding to act on his words.

O'Rourke is right, of course. But under the usual rules of D.C. etiquette, it's out of bounds to say such a thing about a president, no matter how true it is. O'Rourke's courage on this front helped stiffen the spines of other Democratic candidates, most of whom have since said that Trump's enthusiasm for white nationalist rhetoric is clearly a factor in white nationalist violence. Trump's plan had obviously been to hide behind the unwillingness of Beltway insiders to state the obvious. Now he can't do that as easily.

None of this will be enough to get O'Rourke over the top in the Democratic primary, most likely, but that might actually be the point. Like most of the white-guy also-rans, O'Rourke has had some trouble explaining why, exactly, he's in the race at all.

No longer. Now serves a purpose: He proves that Democrats don't need to be afraid of their own shadows. He may not win, but he is showing that it's OK to buck Beltway wisdom without going down in flames. If anything, as the gun example shows, it's a useful way to make right-wingers look like fools. Let's hope he keeps this up, because he's challenging the baked-in cowardice of his own party, and that's crucial.