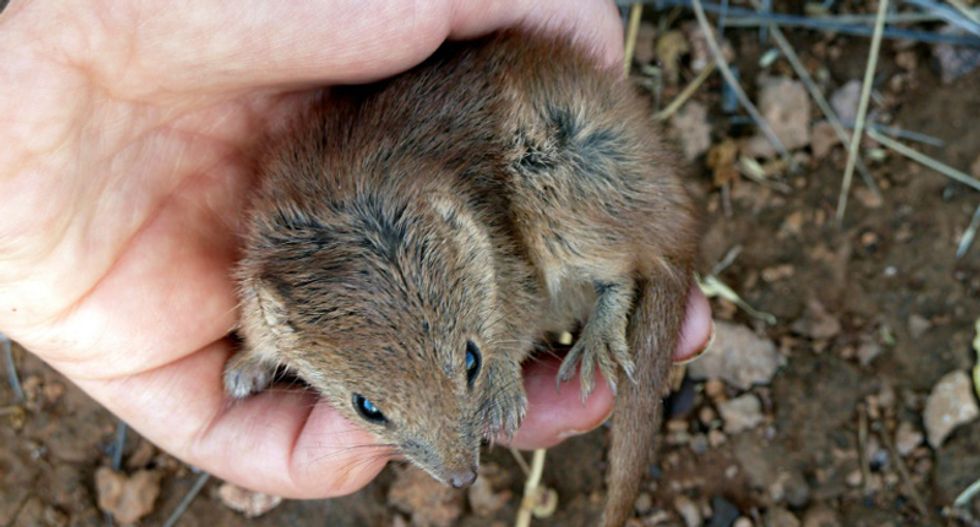 A tiny marsupial found only in northwest Australia mates so intensely that an entire generation of males can die off during a single breeding season, researchers reported on Friday.

Female kalutas mate frequently and with different males during each breeding season.

"That means that males also have to mate a lot, and have good quality sperm (and lots of it), to outcompete rival males," said Genevieve Hayes, who led the University of Western Australia research team.

"This intense investment in reproduction, evidenced by their large testes, appears to be fatal for males."

Scientists believe it is a rare example of male semelparity -- a reproduction strategy characterised by "synchronised death", often before offspring are born.

"Males were regularly captured in healthy numbers throughout the study, except immediately after the mating seasons, when no males were captured," Hayes said.

"This, coupled with other research in the field and laboratory, strongly suggests that males die after the mating season."

The researchers said that despite the kalutas' "extreme mating behaviour", the species appears to be doing well.