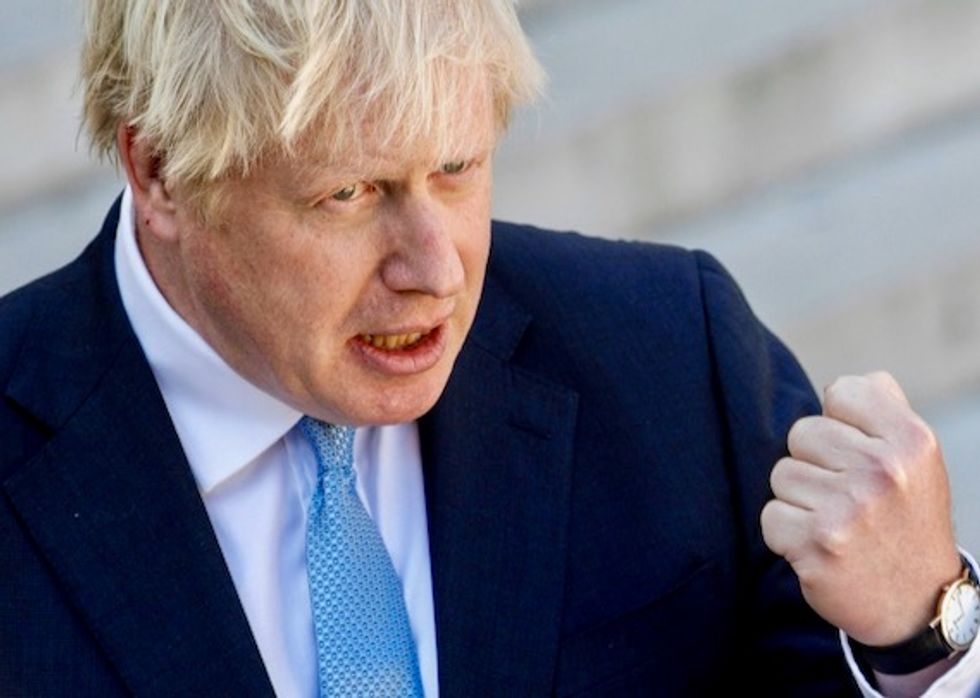 Since coming to power in July, Boris Johnson has shed his image as a jovial, wisecracking mophead to reveal a ruthless streak that has marked him out since childhood.

But his high-stakes Brexit approach of leaving the EU on October 31 come what may has led to a series of defeats in parliament that have left him totally humiliated.

The man with a lifelong ambition to be prime minister -- or "world king" in the words of his sister Rachel Johnson -- could end up becoming Britain's shortest-serving leader.

With a colorful and chequered career in politics and journalism, Johnson was already the country's most recognizable politician when he took power in the midst of Britain's deepest political crisis since World War II.

Born Alexander Boris de Pfeffel Johnson in New York in 1964, he is the embodiment of privilege, having attended the elite Eton College and Oxford University.

He started out as a journalist, writing for The Times, before being sacked for fabricating quotes. Undeterred, he went on to become Brussels correspondent for the Daily Telegraph and eventually editor of the Spectator magazine.

He became an MP in 2001, but was sacked as Conservative Party arts spokesman in 2004 for lying about an extra-marital affair, demonstrating a fast-and-loose relationship with the truth that has dogged him throughout his career.

AFP/File / LEON NEAL With a colorful and chequered career in politics and journalism, Johnson was already the country's most recognizable politician when he took power in the midst of Britain's deepest political crisis since World War II

His personality-driven approach helped him develop a celebrity status and to score an unlikely victory by becoming the Conservative mayor of multi-ethnic, Labour-voting London.

But it has led to frequent criticism over his attention to detail and his ability to govern, particularly during his poorly-received spell as foreign minster.

A former colleague, who asked to remain anonymous, told AFP that Johnson was "very much 'big vision'.

"Once he got a team he trusted, he'd leave you to get on with it," he said.

While he could master the detail when required, on some issues, "there's an element of winging it".

Johnson is proud of his record in London, pointing to low levels of crime, succesful delivery of the 2012 Olympics and investment in transport and housing as proof of his ability to get things done.

AFP/File / Ben STANSALL His personality-driven approach helped him develop a celebrity status and to score an unlikely victory by becoming the Conservative mayor of multi-ethnic, Labour-voting London

But critics cite expensive projects such as a cable car across River Thames, an aborted garden bridge and his decision to buy second-hand water cannons that police were not permitted to use.

It wasn't, however, until he successfully spearheaded the 2016 campaign to leave the European Union that he was transformed from a political sideshow into the deeply polarizing figure who now leads the country.

He made his first tilt at the Tory leadership shortly after the referendum but failed after his closest ally betrayed him, but he laid the groundwork for this year's contest early.

The winner, Theresa May, made him foreign secretary, but "where gravitas and grasp of detail were needed, Johnson supplied bon mots," the Chatham House think-tank said.

The gaffes that had helped burnish his popularity in lower office were no longer a laughing matter and he was accused of jeopardising the case of Nazanin Zaghari-Ratcliffe, a British-Iranian woman held in Tehran for sedition, by mischaracterising her job.

He resigned a year ago in protest at May's EU strategy, cementing his position as the champion of Brexit.

His campaign to replace her was only briefly derailed by headlines about a police visit to his home following a noisy row with his girlfriend, Carrie Symonds.

AFP/File / -Johnson is proud of his record in London, pointing to low levels of crime, successful delivery of the 2012 Olympics and investment in transport and housing as proof of his ability to get things done

It reignited interest in the love life of a serial philanderer who has been married twice.

Despite his own socially liberal views -- he has long backed gay marriage and advocated an amnesty for illegal migrants as London mayor -- Johnson has also drawn accusations of "dog-whistle" politics.

His biographer Andrew Gimson said Johnson was not instinctively divisive but delighted in shocking the political establishment -- not unlike his highest profile supporter, US President Donald Trump.

The House of Commons broke into rare applause last week when a Labour MP spoke out about Johnson's previous characterization of Muslim women wearing burkhas as looking like "letterboxes".