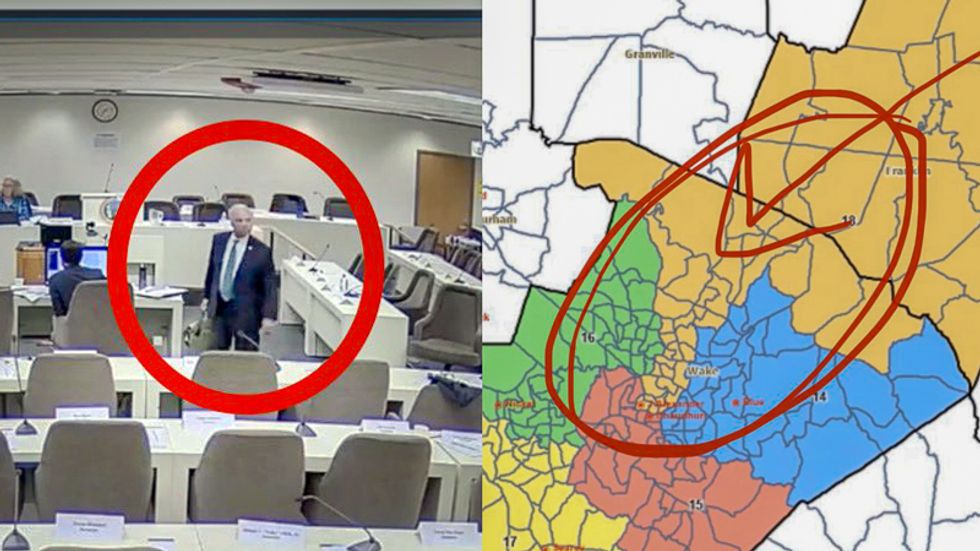 North Carolina Republican state Sen. John Alexander has announced that he will not seek re-election after he was caught trying to gerrymander his own district.

Alexander made the announcement on Thursday after he was seen on video Wednesday making changes that would have made his district a safe Republican seat while representing many Democrats in the Raleigh area.

The changes were pointed out on Twitter by John Bisognano, executive director of National Democratic Redistricting Committee.

This is what the randomly selected base map looked like when the process began (a version of expert Jowei Chen’s ma… https://t.co/nhVXJiUcTu
— John Bisognano (@John Bisognano) 1568249818.0

Senator Alexander sits and sees that someone made edits and now he is in a district that is MUCH more democratic.… https://t.co/R3yFQei3yX
— John Bisognano (@John Bisognano) 1568249820.0

Make no mistake, Senator Alexander is not the first nor will he be the last to #gerrymander. Gone are the days o… https://t.co/eLFXIMw0dR
— John Bisognano (@John Bisognano) 1568249828.0