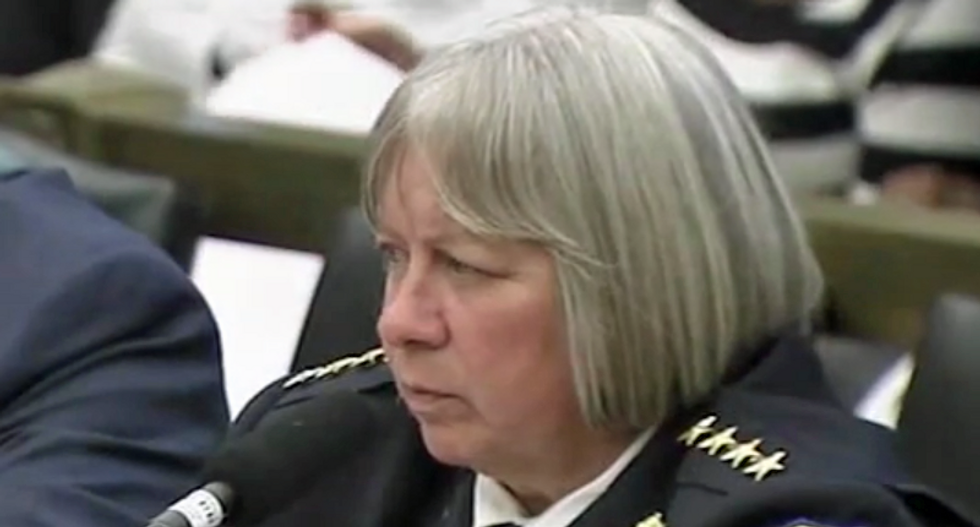 Residents are demanding the Philadelphia Police Commissioner resign after a photo surfaced of her wearing a shocking T-shirt.

"The shirt Coulter wore says, 'L.A.P.D. -- We Treat You Like A King.' The shirt references Rodney King, a black man, who was severely beaten by four white police Los Angeles officers," the station noted.

Video of the incident is considered by some to be the first viral video.

“It is clear that it was a bad decision on my part and I would not wear that shirt today,” Coulter said said. “Certainly, as I look at the past week and the hurt and damage it has caused people who I care about to communities that I always care about, I should have known.”

"It is my opinion it is inconceivable that she was unaware the t-shirt reference of a widely publicized brutal beating of a citizen by officers of the Los Angeles Police Department," said Bass.