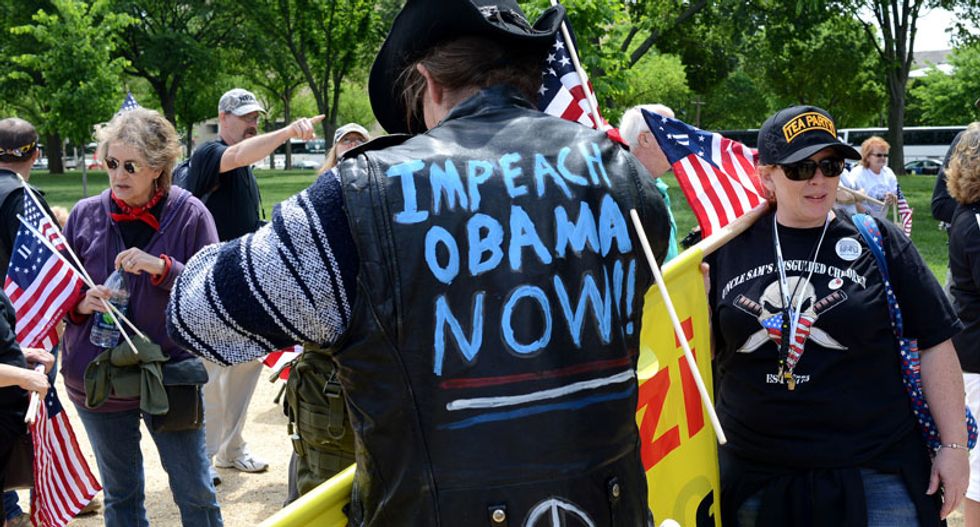 According to Politico, Kelley Rogers, a Maryland-based GOP consultant, pleaded guilty to wire fraud this week.

Rogers, who ran multiple right-wing action committees including Conservative Majority Fund and Tea Party Majority, took in $10 million from mostly small donors since 2012, but only disbursed $48,400 to politicians.

The rest of the money, according to prosecutors, was used to pay himself and his friends, as well as settle legal fees from a state lawsuit investigating his political activity — all the while sending emails to donors bragging about how much he was doing to fight President Barack Obama and illegal immigration.

"Rogers swindled millions of dollars from individuals attempting to participate in our democratic process," said Washington Field Office assistant director Timothy Slater. "Instead of using donations to provide assistance and support to military veterans, as he advertised, Rogers used the money to benefit himself and his associates."

The original investigation of Rogers by Politico and ProPublica, which first led the FBI to raid his Maryland offices and arrest him in 2017, showed that Conservative Majority Fund relied on donor information it collected for the American Conservative Union (ACU) — the organizer of the annual Conservative Political Action Conference (CPAC) — to target people to defraud. ACU says that it had no knowledge of what Rogers or his PACs were doing.

The case is an important landmark in the government's efforts to crack down on so-called "scam PACs." Such PACs are easier than ever to set up in the wake of court rulings like Citizens United and gridlock at the Federal Election Commission, which shut down at the end of August as the retirement of GOP commissioner Matthew Petersen left the body without a quorum.

Rogers is scheduled to be sentenced in January, on top of forfeiting the money he earned and paying nearly $500,000 in restitution.