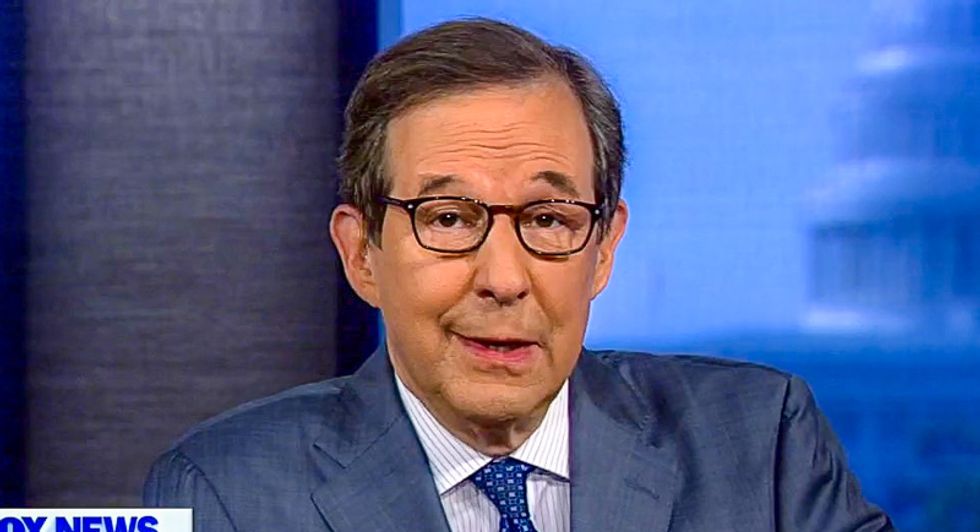 Chris Wallace, the host of FOX News Sunday, questioned President Donald Trump's efforts to invite members of the Taliban to Camp David near the anniversary of the 9/11 terrorist attacks.

Wallace reported that negotiations with the Taliban are "now in question after the president canceled a secret meeting at Camp David."

"We're coming up this week on the 18th anniversary of 9/11," Wallace told Karl Rove, a former adviser to President George W. Bush.

"What are your thoughts about the president wanting to meet with the Taliban face to face -- people with the blood of thousands of Americans on their hands -- at Camp David and now calling off the meeting?" the host asked Rove.

Rove insisted that the move "would be worth it" if U.S. soldiers could be withdrawn from Afghanistan.

"There was no national cease fire," he observed. "There was no assurance that there was going to be a deal between the Afghan government and the Taliban. There was no guarantee that they were going to protect women."