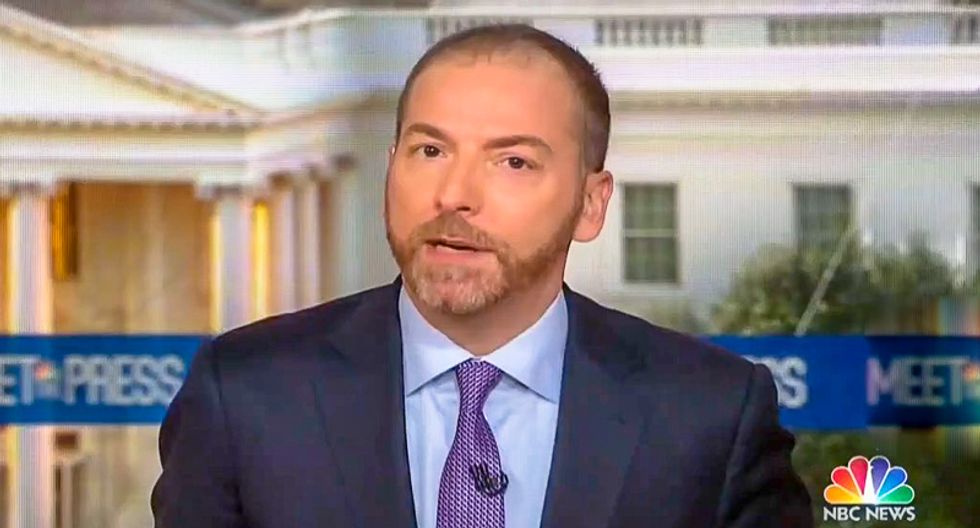 NBC host Chuck Todd on Sunday suggested that mass shootings are continuing to plague the U.S. because both Republicans and Democrats are responsible for "gridlock" in Washington, D.C.

Todd opened his Meet the Press program on Sunday by speaking to NBC reporter Garrett Haake about the mass shooting near Odessa, Texas.

"Garrett, in the state of Texas, and I know you’re a native Texan," Todd said, "Governor Abbott, the Republican governor there, a big gun rights advocate in general. This is now becoming a familiar scene for him. Are he and other Texas lawmakers at all having second thoughts about some of their policies?"

Haake noted that as of Sept. 1 Texans will have expanded access to guns due to laws passed by the Republican-controlled state government.

"It’s a very Republican area," Haake said of Odessa. "We’re left where we always are after these conversations wondering what, if anything, will come from this other than further discussion."

Gridlock, however, suggests that obstruction from both Republicans and Democrats is holding up legislation to combat mass shootings. In fact, Democrats in the House have passed multiple bills that Republicans in the Senate have refused to vote on.