Circling the wagons: Republicans' refusal to comment on the whistleblower's explosive allegations is deeply revealing 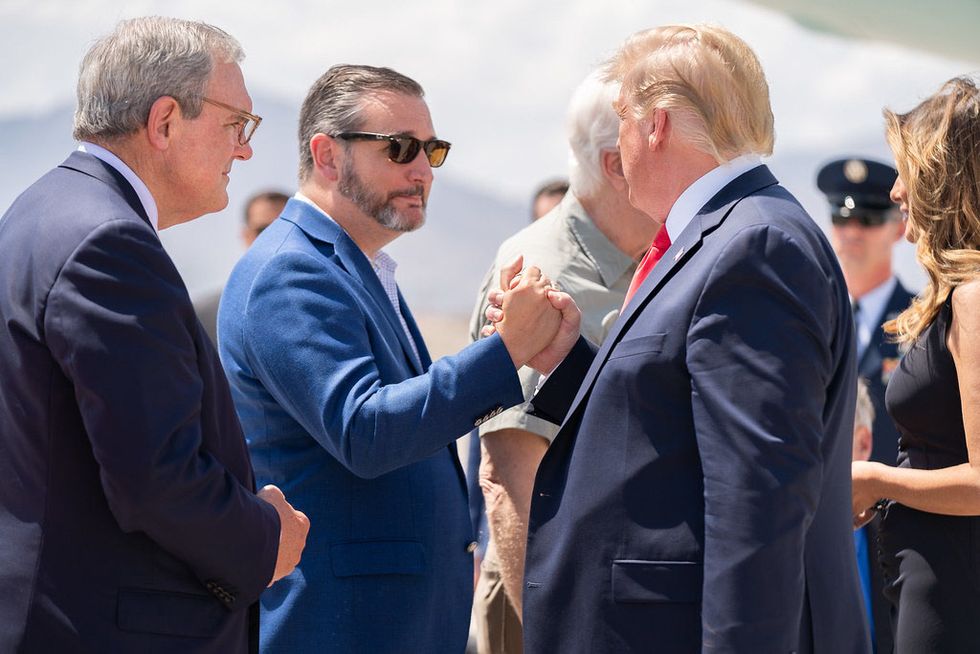 President Donald Trump's corrupt behavior toward Ukraine has triggered a series of events that have accelerated far beyond the White House's control, and the GOP seems unable to keep up.

Republican members of Congress tried to brush off the damning partial transcript released of Trump's conversation with Ukrainian President Volodymyr Zelensky, even though it clearly demonstrated the president effort to use American aid to induce the foreign government to investigate Joe Biden, among other odd demands. But then on Thursday, after the release of the original whistleblower's complaint — which sparked the backlash to Trump's conduct toward Ukraine — many GOP lawmakers became extremely evasive.

One viral tweet demonstrated the blatant cowardice of the party's elected officials to grapple with the new allegations, which indicate a broad conspiracy in the administration to conceal and further Trump's nefarious efforts, perhaps illegally:

It was easy to interpret this as a sign that Republicans, as always, were steadfastly refusing to hold Trump accountable at all. But David Frum, an anti-Trump conservative writer, has a slightly different take:

Another way to think of this: 7 senators who declined to defend a president of their party on a day of peril for hi… https://t.co/ZlpiYUKRJD
— David Frum (@David Frum)1569542335.0

Republicans may be taking their time to circle the wagons and coordinate their strategy and talking points; as I write this, right-wing media is furiously trying to defend the president of any potential wrongdoing in part by attacking the whistleblower.

But it's clear right now that many Republican lawmakers are not ready to come to Trump's defense. They're shaken and taken off guard, and they recognize that this is a serious matter that can't be laughed off. And that must be a frightful place for the White House to find itself. The silence speaks volumes.