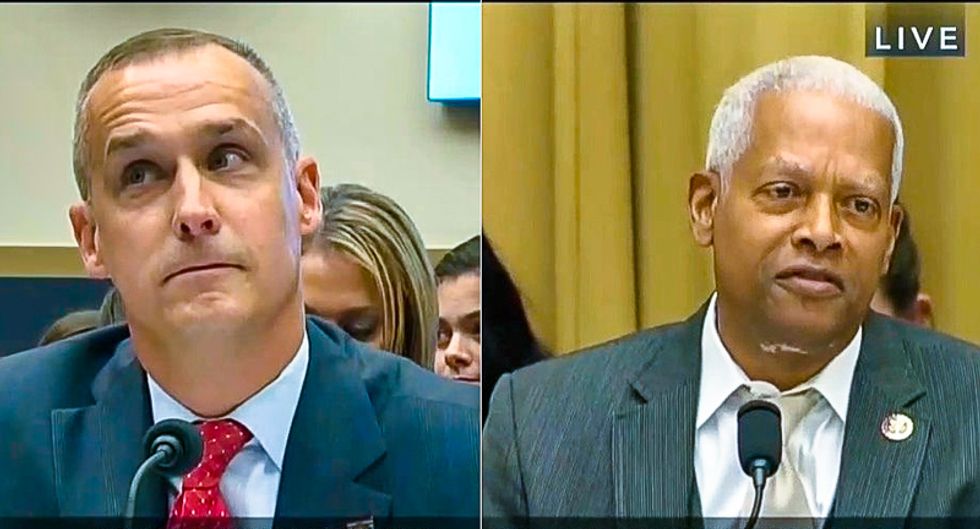 Former Trump campaign manager Corey Lewandowski faced laughter from Democrats on the Judiciary Committee on Tuesday after he claimed that he decided not to follow the president's orders because he was on "vacation."

At the Tuesday hearing, Rep. Hank Johnson (D-GA) asked Lewandowski why he "chickened out" and refused to deliver a secret message to then-Attorney General Jeff Sessions from President Donald Trump. According to the Mueller report, Trump wanted Sessions to publicly declare that the Russia investigation was "very unfair" to him.

"Why did it take you so long and you never even delivered it?" Johnson said. "You chickened out?"

"I went on vacation," Lewandowski volunteered as committee members could be heard laughing out loud.

Watch as Johnson grills Lewandowski in the video below.