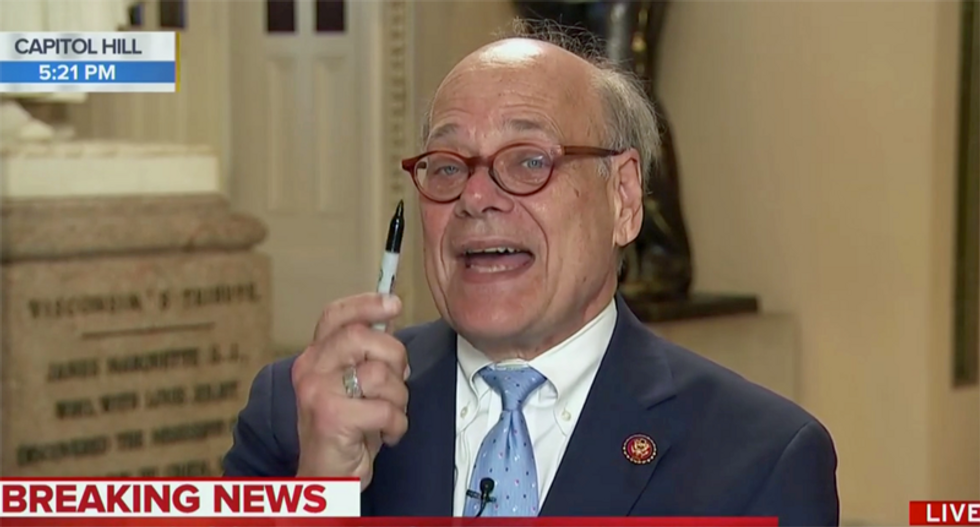 President Donald Trump was compared to OJ Simpson on national television on Monday.

"When they asked him at his press conference and he gave the same look when he was asked about paying off Stormy Daniels, checks, the doe in the headlights look of, I have no idea who did it, but he never did say, 'I’m going to find out who did it,'" he continued.

"He’s done about as much to find out who did the Sharpie thing as O.J. Simpson has done to find out the murderers," Cohen concluded.