DOJ’s case against Andrew McCabe is ‘weak and likely to fail’: Ex-federal prosecutor 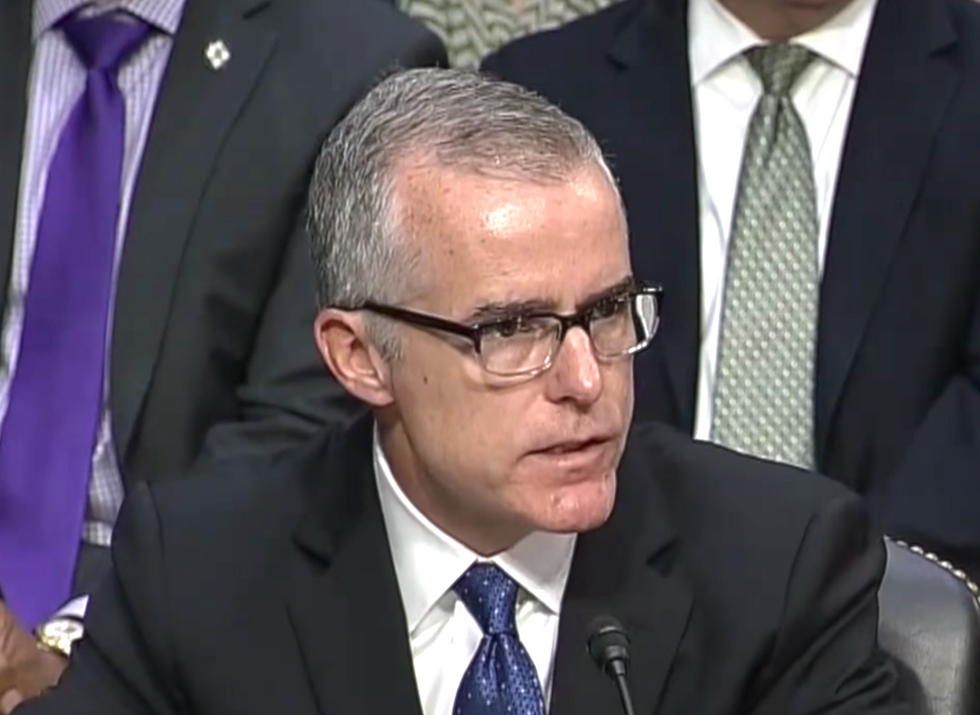 In an opinion piece for POLITICO this Friday, former federal prosecutor and legal affairs commentator Renato Mariotti characterized the case federal prosecutors want to bring against former FBI Deputy Director Andrew McCabe as "weak and likely to fail at trial."

President Trump fired McCabe in March of last year just before he was set to retire. McCabe's planned retirement came in the wake of a DOJ internal watchdog's determination that he had authorized a leak about a federal investigation into the Clinton Foundation as the 2016 presidential campaign was ending. According to investigators, McCabe displayed a "lack of candor" when asked about the leak. On Thursday of last week, federal prosecutors recommended that charges be brought against him.

But according to Mariotti, McCabe did nothing illegal.

One overarching challenge in prosecuting McCabe is his own history. McCabe is not a career criminal or the head of a violent street gang. He is a career FBI agent with no criminal history and a long career in public service who would argue that he would never intentionally lie because he knew the consequences of doing so could be severe. He already lost his job and his pension as a result of this investigation, and he has two children at home. Jurors would be hesitant to send him to prison for lying to a colleague, particularly given that no one was concretely harmed by his actions.

The evidence against McCabe is weak, according to Mariotti, because one case of him allegedly lying relies on a one-on-one conversation he had with former FBI Director James Comey of which there is no record. "It’s always a dicey proposition to expect a jury to convict someone when there is a 'he said / he said' situation," Mariotti writes.

Another instance of McCabe's alleged lying involves his claim to prosecutors that he had "no idea" who the source of the leak was. Marriotti points out that McCabe's explanation was that "the question was an afterthought by the investigators and that he was confused about the article they were referring to."

There were two investigators, not just one, and neither is a household name. The inspector general did not find McCabe’s excuses credible. But would at least one juror have a reasonable doubt that McCabe knowingly and willfully lied? Proof beyond a reasonable doubt that McCabe deliberately deceived the investigators is the heavy burden prosecutors would need to meet to convict him.

Prosecutors' strongest case against McCabe, according to Mariotti, is a recorded interview by investigators where McCabe denied authorizing an aide to leak the story, as well as his denial that he was in contact with the aide at the time the story was leaked -- denials that Mariotti concedes are "provably false." Even then, according to him, the prosecutors' case falls short.

In this case, McCabe called the inspector general four days after the interview, said he had been thinking about the questions, and corrected the record. That strongly undercuts a conclusion that he knowingly and willfully lied, and it will be hard for a jury to send him to prison for a false statement that he promptly corrected without being asked.

Ultimately, there isn't enough to convict McCabe and send him to prison, Mariotti writes, and much of the case against the former deputy FBI director is undermined by Trump's incessant public attacks on McCabe and his wife, giving his legal team an opening to claim that he's the target of a personal vendetta and as a result won't get a fair trial.