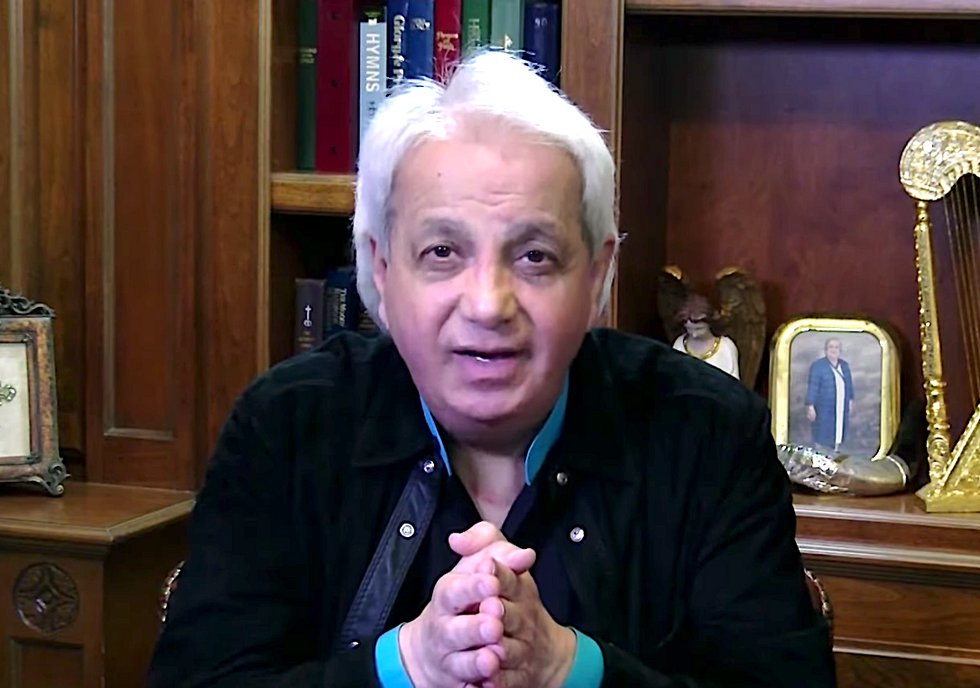 In a stunning reversal earlier this week, controversial televangelist and faith healer Benny Hinn announced to his followers that he will no longer preach the "prosperity gospel," a teaching that says believers will be rewarded with health and wealth as long as they give monetary offerings to their churches and pastors.

“I’m sorry to say that prosperity has gone a little crazy and I’m correcting my own theology and you need to all know it,” Hinn said in a live video posted to his Facebook page on Monday. “Because when I read the Bible now, I don’t see the Bible in the same eyes I saw 20 years ago.”

Hinn's renouncement of his former teachings was received with overwhelming approval from his audience, but according to writer and podcaster Karen Alea, Hinn should not be believed.

In a guest post for the Friendly Atheist, Alea points out that Hinn's website still asks donors to give up to $1,000 a month to Hinn's ministry. Additionally, just two days after Hinn's video aired, he asked his followers to send him seed money for "debt elimination." As Alea points out, the video was quickly deleted, but someone ripped the video put together a mashup that included Hinn's request:

Proponents of the prosperity gospel often use the term "seed money" as a way to market their requests. Just as seed money is used by investors to help launch companies or projects in exchange for a cut on the ensuing profits, believers can put forward seed donations in exchange for monetary growth as a reward from God.

"When’s he going to “rebuke” himself...?" Alea writes. "Hinn hasn’t given up the prosperity gospel. He just found a better marketing strategy for it."