Ex-FBI agent busts Trump whistleblower cover-up: 'If it's so innocent why is the White House trying to obstruct?' 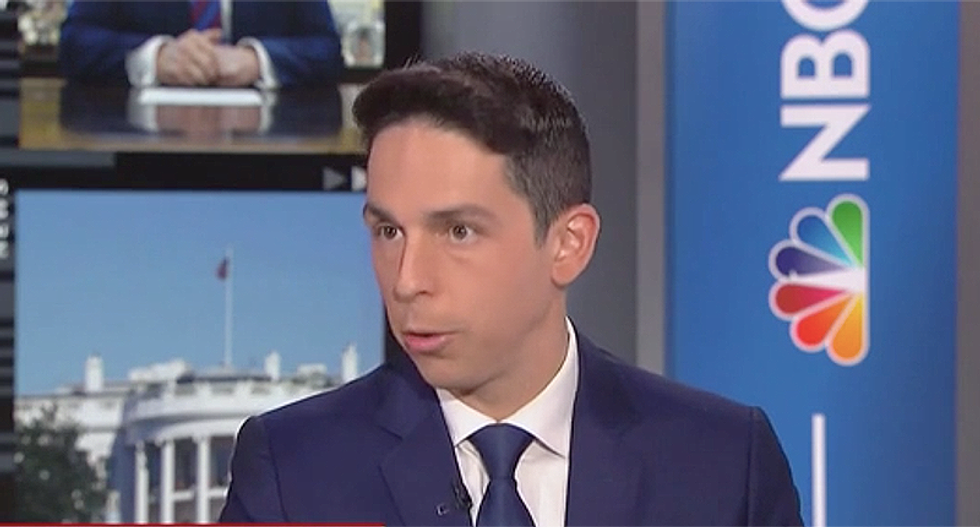 Former FBI agent Josh Campbell told MSNBC Thursday that the White House has claimed "privilege" on the information provided by an intelligence whistleblower that Trump promised something so concerning it had to be reported.

"The first of which being the idea of this whistleblower, who followed the proper procedures to come forward with some type of allegation," Campbell said. "We don't know exactly what that is. But to go through the processes, to bring to the attention of the people in power that need to know the information. Now, if the White House tries to obstruct that, my fear is that is sending a message to potential whistleblowers across the intelligence community."

He went on to say that there has been an ongoing feud between Trump and the intelligence community since his election. Yet, the whistleblower still felt it important to report.

"This is someone who is concerned about an allegation and wants that to be provided to the people who need to know it," Campbell said.

CNN's Manu Raju asked about the privilege the White House is trying to assert.

"We need more information on that, because if they're simply trying to protect the conversations of the president, that has to be squared with this potential threat that at least the Inspector General says is a key issue," Campbell said. " And the second thing here is this is a pattern we've seen, our colleagues at CNN the NBC news team, have long chronicled the clashes between the White House and the intelligence community. First, it was the president saying, 'there's this deep state out to get me' and really railing on them. Here, this is the opposite of that. This is someone not coming out to leak information. It's someone who is concerned about an allegation and that to the people that need to know it."

He went on to say that it's clear that is now being obstructed.

"Having served in the intelligence community, every single year I had to sign a certification form saying if I witnessed any intelligence abuse, it wasn't just an option to report it, it was mandatory," Campbell explained. "So, since the intelligence abuses of the 1970s where there were gross violations, we are now where if someone thinks that there is something wrong, their job is as to report it. It is going to be determined later on the degree to which it might have been illegal, but it chills whistleblowing if we say that it wasn't important enough to get to Congress."

He ultimately asked if everything is so innocent and the president doesn't believe there was any wrongdoing, why then they wouldn't release the transcript.