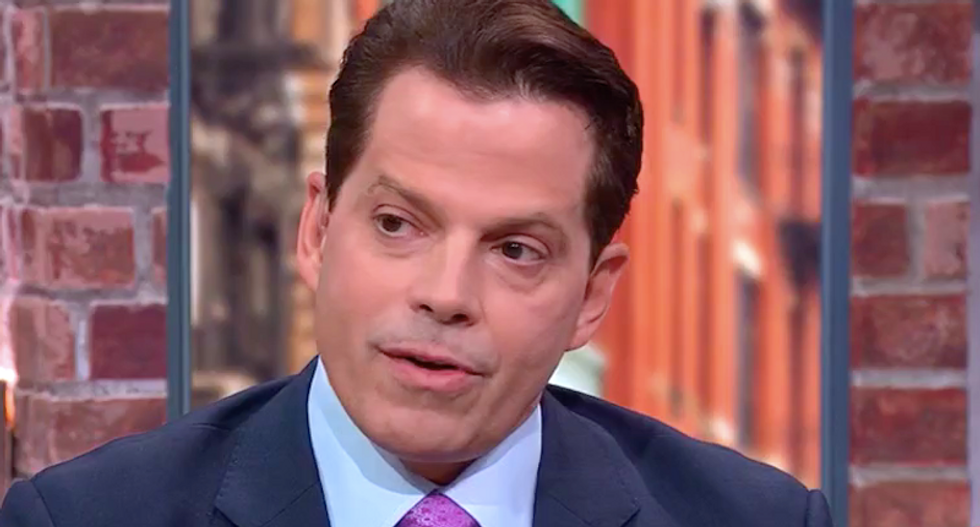 "It’s a super serious situation, so I just want to talk very precisely," said Scaramucci. "There’s three issues going on now. One, because there’s a vacuum of leadership inside the White House. He’s more or less moved out everybody that could potentially disagree with him or offer some level of dissent. When the leader of the free world continues to use the words locked and loaded, it’s the opposite of somebody like Teddy Roosevelt. Speak softly and carry a large stick. And this is send out military threats over Twitter. It’s a precarious situation. I think it’s very, very serious."

"You focused in on the phrase 'locked and loaded,'" said anchor John Berman. "What’s the impact of the president using words like that?"

"I mean, the great irony of these words is that they have less and less of an impact because it’s a predictable level of irrationality from him," said Scaramucci. "You would want somebody in that position of somebody who understood democracy and as a beacon of hope for people. Our grandfathers, through 75 years of good policy, enabled the United States as the largest military in the world. And so talking like that from that position, in many ways, is anti-American."