Expect a flood of leaks about concealed calls Trump made to foreign leaders in the next 7 days: Presidential biographer 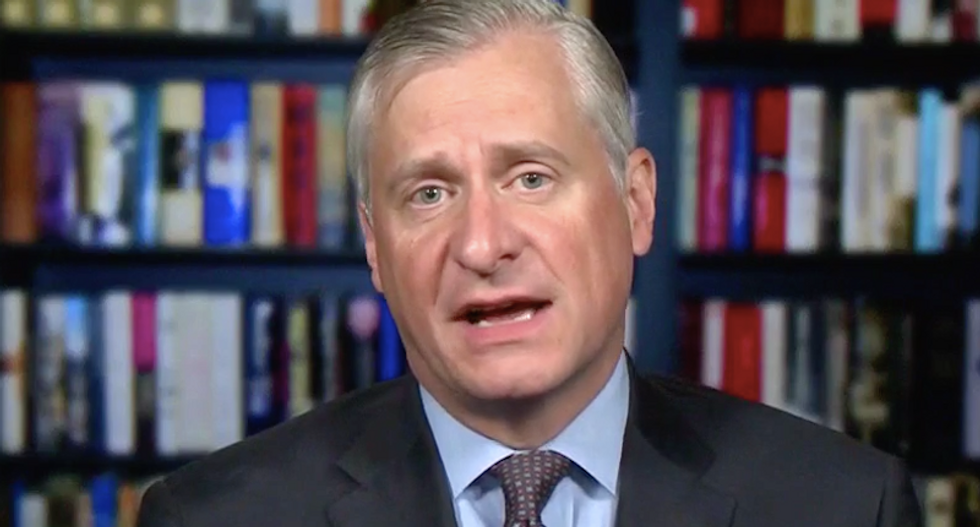 On Saturday's edition of MSNBC's "AM Joy," presidential biographer Jon Meacham put in context the astonishing scope of President Donald Trump's Ukraine scandal — and warned that even more could be just around the corner.

"Can you just, from a historical perspective, explain if we have ever come anywhere close to a week like this for an American president?" asked host Joy Reid.

"Well, it's extraordinary, and there have been moments where enormous things have happened," said Meacham. "The real example here, I think, is Watergate, and one of the things to remember is that Watergate unfolded over 26 months. The break-in was on June 17, 1972, President Nixon didn't resign until August 9, 1974. We have this tendency in the popular mind to go back and think things were fairly neat and quick. Long time. And there were members of the House Judiciary Committee who were longtime loyalists and friends that, not until the 3rd of August did they decide they couldn't support him anymore."

"Here is the important thing for the analogy right now, is they made that decision when they actually read transcripts of what Nixon said," continued Meacham. "And I don't think we should underestimate the power of that memo or — and this is speculative, but I think it's informed speculation — I think we're getting ready for yet another week of — and perhaps week after that, week after that because what's happened now, I think, is the atmosphere has become a little safer for people who know about similar things, if similar things unfolded, and we already have the Russian example from the [Washington] Post last night, to actually raise their voices or at least to bring forward through whatever process this — these kinds of conversations."

"So I think it's highly possible, check me on it, that in seven days we will be talking about conversations with other world leaders, other outreach, where the president of the United States has decided that our national sovereignty is less significant than his own political performance," said Meacham.