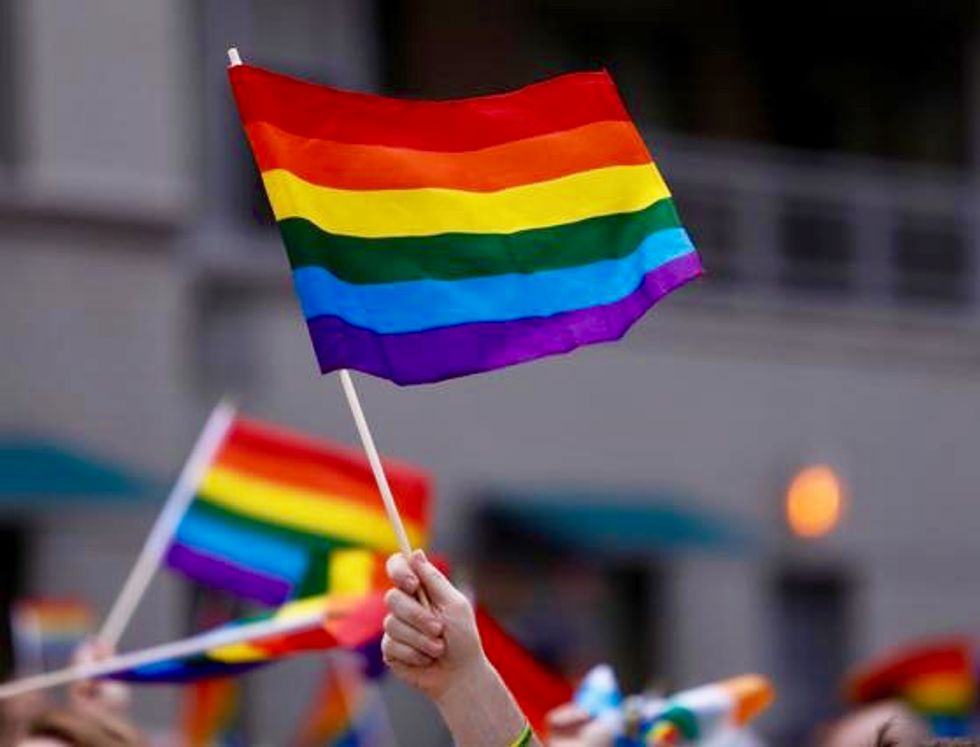 "Ima izac!" which roughly translates as "Open the door, please!" is the defiant slogan of the Sarajevo's first-ever gay Pride parade, scheduled to go ahead this Sunday.

But the call to bring the LGBT community on to the streets has gone out despite a backlash of hostility from political and religious actors.

Sarajevo is the last capital in the conservative Balkans to hold a Pride march -- and its organisers have certainly not been pushing at an open door.

Already, there are two counter-rallies planned, while some politicians have openly denounced it.

"It's not easy, knowing that we live in a society that is very homophobic," said Lejla Huremovic, one of around 15 organisers from across Bosnia planning the event in an atmosphere of excitement and some trepidation.

"But this fear gives us energy and strengthens the revolt to fight for rights," the 32-year-old added.

The march is an attempt to carve out a safe space for the LGBT community in a city that has no openly gay-friendly bars, clubs or cafes.

In 2008 and 2014, queer festivals were attacked by radical Islamists and hooligans.

While discrimination on the basis of sexual orientation is technically outlawed in the Balkan state, same-sex unions are not recognised.

And any show of public affection remains a risky business.

Another organiser, 20-year-old Amina Imamovic, describes how she and her girlfriend were attacked in May by two young men, as they held hands in downtown Sarajevo.

"They threatened to kill us, but are still at large," Imamovic, a student, told AFP.

A number of Bosnian artists, writers and other celebrities have come out as allies to support the march, some of them speaking in videos posted on the organiser's website.

But there have also been a homophobic backlash in online comments, including from people in high places.

Two weeks ahead of the event, the centre-right 'Narod i Pravda' (People and Justice) party, part of Sarajevo's ruling coalition, urged organisers to cancel the parade for security reasons.

The party argued the event could "escalate" tensions and trigger "negative consequences".

"The very large majority of Sarajevo's citizens are against the march because it is contrary to traditional values and their religious feelings," it said.

But the head of the regional government Edin Forto, of the progressive Nasha Stranka (Our Party), ensured the event would go ahead as planned.

Two anti-LGBT rallies will make their voices heard. One is set for Saturday, organised by a Muslim association. The other will be on Sunday, called by a Islamic theologian.

Around 80 percent of Sarajevo's residents are Muslim, though most practise a moderate form of the faith.

When the event was first announced in April, an elected official from the main Bosnian Muslim party SDA, Samra Cosovic Hajdarevic, wrote on Facebook that "such people should be isolated and put as far as possible from our children and our society".

This is exactly the type of thinking the Pride parade is trying to counteract, says Masha Durkalic, author of a recent analysis on the struggle of the local queer community.

It is a "necessary political protest to make LGBTI people visible," she told AFP, using the term that refers to the Lesbian, Gay, Bisexual, Transgender and Intersex community.

"They exist, like all the others in the country, but they are cruelly dehumanised, to say the least."

Despite the hostility from some quarters, Huremovic says activists feel they "can no longer wait for changes to happen while we are locked within our four walls".

Many struggle to find acceptance in their own families.

"In recent years, many people have found themselves on the street, kicked out by their parents when they have told them they are lesbian, gay or transgender" she told AFP.

Some also face economic blackmail by relatives who threaten to tell others, Huremovic added.

Fellow organiser Imamovic is among those still trying to find support at home.

Her mother "still hasn't digested" the "shock" from when she came out three years ago, she said.

"But I understand her, because she is afraid for my life, for my existence, for my success," she added.

Ted Cruz: 'Of course' Trump was wrong to call for terminating Constitution

U.S. Sen. Ted Cruz denounced former President Donald Trump for suggesting a “termination” of the Constitution in order to overturn the 2020 election, while also framing the comment as an oversensationalized distraction. The Texas Republican offered his remarks three days after Trump’s initial comment and after prodding from reporters.

“Oh listen, of course what he said was wrong,” Cruz told Nexstar on Tuesday. “But I also think the media is engaged in a feeding frenzy. I’ve never seen reporters so excited as to run up to every Republican and say, ‘Please, please, please attack Donald Trump.’”