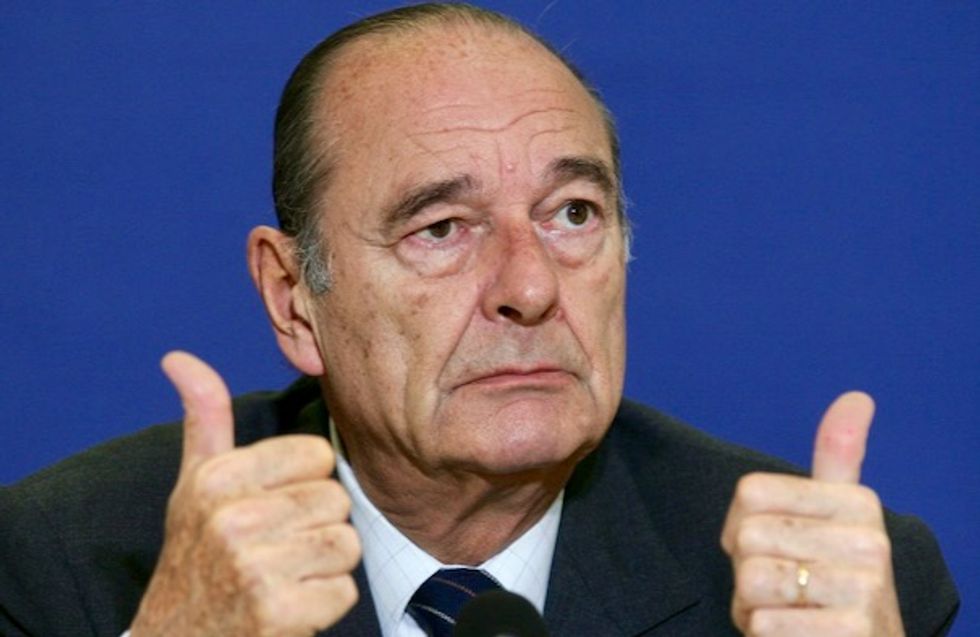 Former French president Jacques Chirac, a colossal figure in France's politics for three decades, has died at the age of 86, his family told AFP on Thursday.

The centre-right Chirac rose to prominence as mayor of Paris before becoming prime minister and then serving as head of state from 1995-2007.

His time at the Elysee saw France advance on European integration and, in a landmark moment for relations with Washington, loudly oppose the US-led invasion of Iraq in 2003.

But his legacy is also shadowed by a conviction for graft dating to his time as mayor of Paris. After leaving office he was handed a suspended jail term that nonetheless did little to dent his popularity among supporters.

First elected head of state in 1995 and then re-elected in 2002, Chirac's 12 years in the Elysee Palace made him France's second longest-serving post-war president after his Socialist predecessor Francois Mitterrand.

On the international stage, Chirac will be best remembered for angering the United States with his public opposition to the 2003 war in Iraq.

He said he left behind a "a France that was like him -- complex, sometimes crossed by contradictions and always motivated by an unbridled Republican passion."

Both chambers of France's parliament -- the lower House National Assembly and the upper house Senate -- observed a minute of silence as the news was announced.

A conservative politician but with an appeal that extended beyond the right, Chirac served two stints as prime minister in 1974-76 and 1986-88 and was mayor of his native Paris from 1977-1995.

It was his time at the helm of the French capital that resulted, once he had lost his presidential immunity, in a conviction for embezzlement and misuse of public funds.

Chirac was found guilty in December 2011 of influence peddling, breach of trust and embezzlement.

He contested the ruling but did not appeal it, saying the French people "know who I am: an honest man" who worked only for "the grandeur of France and for peace."

Despite his long marriage to Bernadette, his passion for women was also renowned. He said just before leaving office: "There have been women I have loved a lot, as discreetly as possible."

He suffered a stroke in 2005 and underwent successful kidney surgery in December 2013, and was rarely seen in public in recent years.

A politician with a popular touch, who loved the company of farmers and whose other interests included Chinese art, Chirac was regarded by supporters as one of France's most charismatic post-war politicians.

European Commission and former Luxembourg premier Jean-Claude Juncker was "moved and devastated" to learn of Chirac's death, a spokeswoman said, adding that Europe was losing a "great statesman".

All sides of the political spectrum in France, for once, came together to pay tribute to what he had done for the country.

Far-right National Rally leader Marine Le Pen said he was "capable of opposing madness and the war in Iraq".