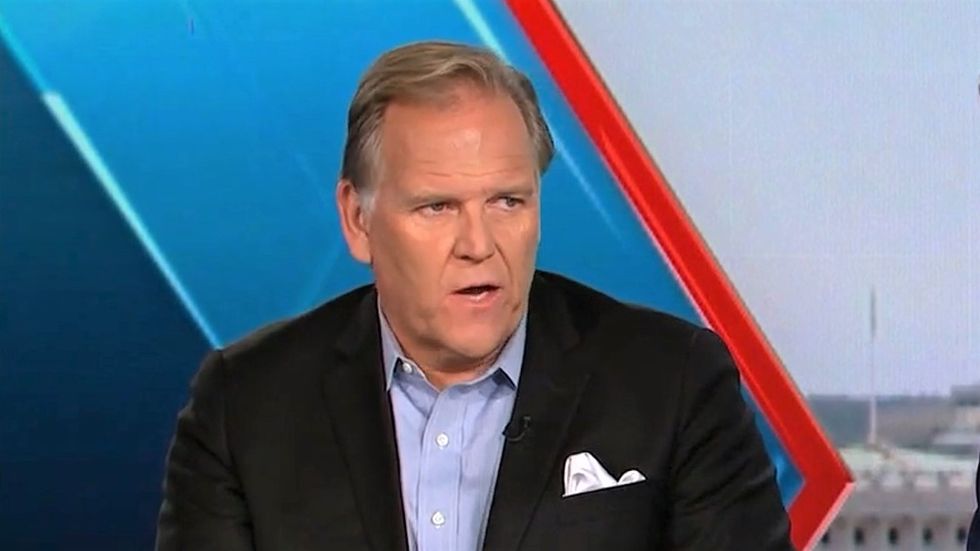 Former Rep. Mike Rogers (R-MI), a former FBI special agent and chairman of the House Intelligence Committee, found himself feeling unnerved by President Donald Trump's latest scandal involving an alleged "promise" to a foreign leader that was flagged by a whistleblower within the intelligence community.

Appearing on CNN, Rogers said that Congress does need to know more about the whistleblower complaint and he called it a "serious charge." However, he also cautioned against airing things out in public because presidents are supposed to have significant flexibility when it comes to conducting foreign policy in secret.

"The president does legally have the ability to promise anything he wants," Rogers said. "He has, legally, the ability to declassify in an instant. So you have to make sure that what the whistleblower is saying isn't the normal course of operations of the president. He may have disagreed with it, may have not liked it, but does it rise to the level of a criminal complaint?"

Rogers then said learning more about the complaint is entirely valid because the intelligence community inspector general reviewed the complaint and found there was "something here."

Nonetheless, he cautioned Rep. Adam Schiff (D-CA) into showboating about this case because of how sensitive it is to the president's powers under the Constitution.

"This is a serious charge, it's a serious allegation," he said. "It needs to be handled in a serious way, but you don't do it by having press conferences pointing fingers and implying that this is an awful, horrible thing."