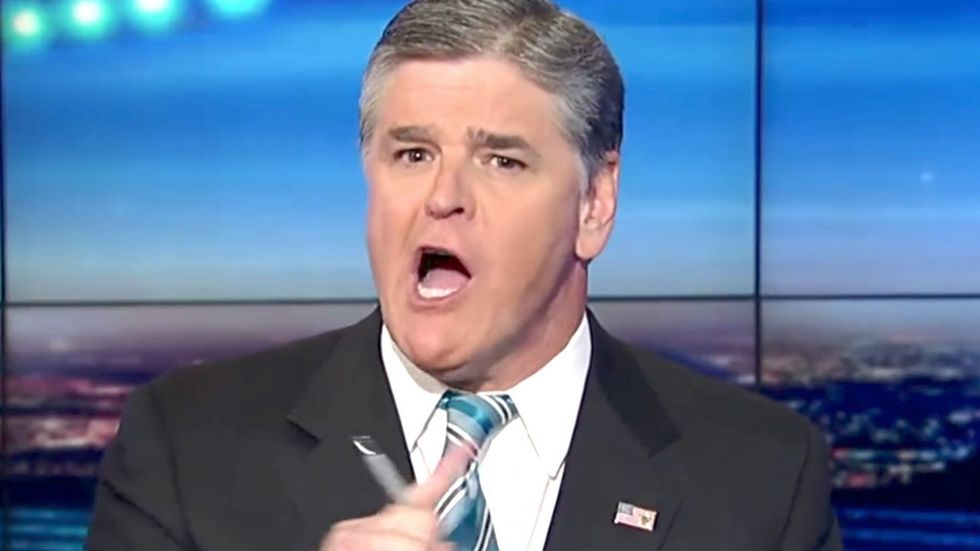 According to Gabriel Sherman of Vanity Fair, the looming prospect of President Donald Trump's impeachment proceedings is taking a rough toll on the management of Fox News, with squabbling and hand-wringing behind the scenes from top executives and anchors at the right-wing network often sardonically referred to as Trump's "state TV."

"Inside Fox News, tensions over Trump are becoming harder to contain as a long-running cold war between the network's news and opinion sides turns hot," wrote Sherman. "Fox has often taken a nothing-to-see-here approach to Trump scandals, but impeachment is a different animal. 'It's management bedlam,' a Fox staffer told me. 'This massive thing happened, and no one knows how to cover it.'"

Far-right opinion anchor Tucker Carlson and moderate news reporter Shepard Smith are locked in a bitter feud — Carlson brought on pro-Trump lawyer Joe DiGenova to attack "fool" Andrew Napolitano — a former judge and libertarian legal analyst who emphatically argued Trump broke the law. Smith fired back that Carlson was "repugnant" for throwing one of his own colleagues under the bus — and network officials are reportedly demanding he back off of criticizing Carlson.

Meanwhile, Sean Hannity, far and away the president's most sycophantic defender on the evening lineup and often an informal confidant Trump calls for advice, is still putting out segments accusing the Democrats of a "hoax" and a "witch hunt" for pursuing impeachment, but behind closed doors, he told associates that the whistleblower scandal is "really bad" for Trump.

Meanwhile, Lachlan Murdoch, the son of right-wing media tycoon Rupert Murdoch, has been huddling with officials at Fox to discuss how the network should handle a post-Trump political landscape — and former House Speaker Paul Ryan has been privately advising the younger Murdoch that Fox should stop cheerleading for the president.

After three years as Trump's favorite network for coverage of his own presidency, Fox News is simply at a loss for what to do.