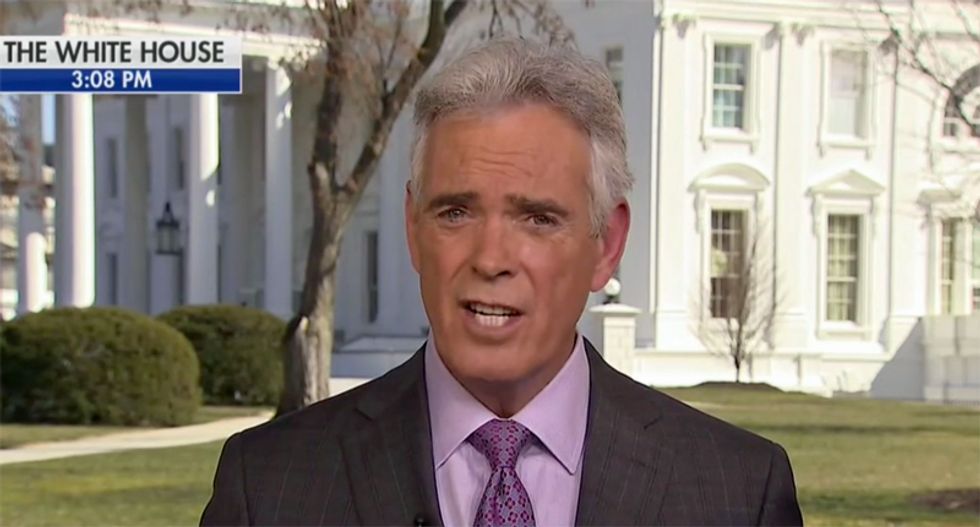 Fox News's John Roberts dispelled President Donald Trump's myth that all of his staff and officials were 100 percent behind bringing the Taliban to Camp David for the Sept. 11 anniversary week.

During the opening of Shep Smith's show, Roberts explained Trump's "grand" idea was anything but.

"The president thought was a good idea, and it quickly became a bad idea after the Taliban claimed responsibility for that suicide car bomb attack near the U.S. Embassy in Kabul that killed one American service member and native soldier and ten other people," said Roberts. "I can tell you there was a difference of opinion within the administration as to whether Camp David would be a good idea and this peace plan was a good idea. John Bolton, the National Security Advisor, according to people familiar with the conversations, did not agree with this idea of going to Camp David. He thought it was a bad idea and also thinks the overall peace deal that has been carved out is not a good idea."

A slew of other Republicans came out against the idea, including conservative leader Rep. Liz Cheney (R-WY).

"So, despite what the president said a little while ago, there has been some division in the administration over what should have happened this past weekend," Roberts said. "What should happen in the overall peace plan. When I asked the president, what happens now? He said the peace process is dead. And I'm told by other sources in the administration of the situation is 'fluid' as the president likes to say. We will see what lies ahead but for the moment, Shep I don’t know how you get the sides back to the table."

Watch his briefing below: