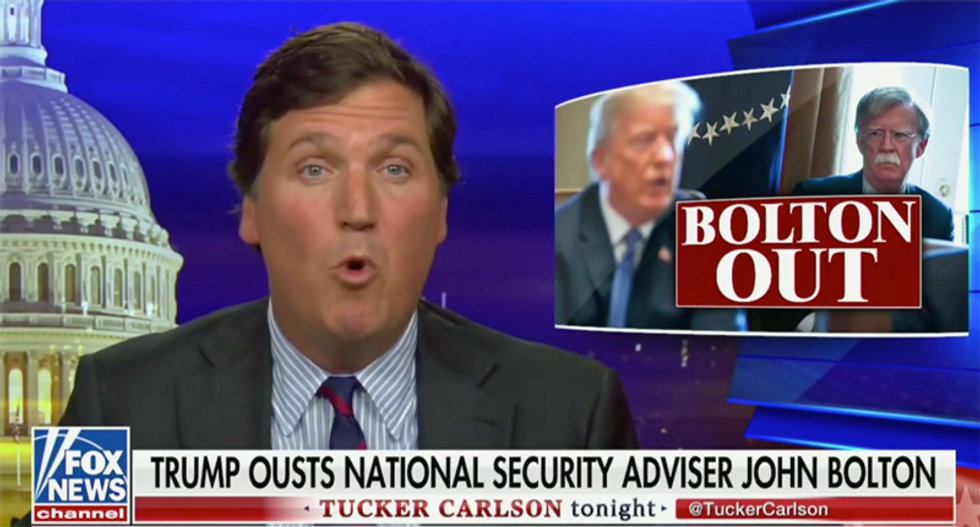 "National Security Advisor John Bolton got fired this morning as you no doubt have heard. It’s a major personnel change. It’s more than that, it’s great news for America," Carlson said.

"If you are wondering why so many progressives are mourning Bolton’s firing tonight, Bolton himself fundamentally was a man of the left," Carlson argued. "There was not a human problem John Bolton wasn’t totally convinced could be solved with the brute force of government. That’s an assumption of the left, not the right."

"Don’t let the mustache fool you, John Bolton was one of the most progressive people in the Trump Administration," he argued. "From the very first day, John Bolton operated as in fact a Fifth Column within the Trump White House."