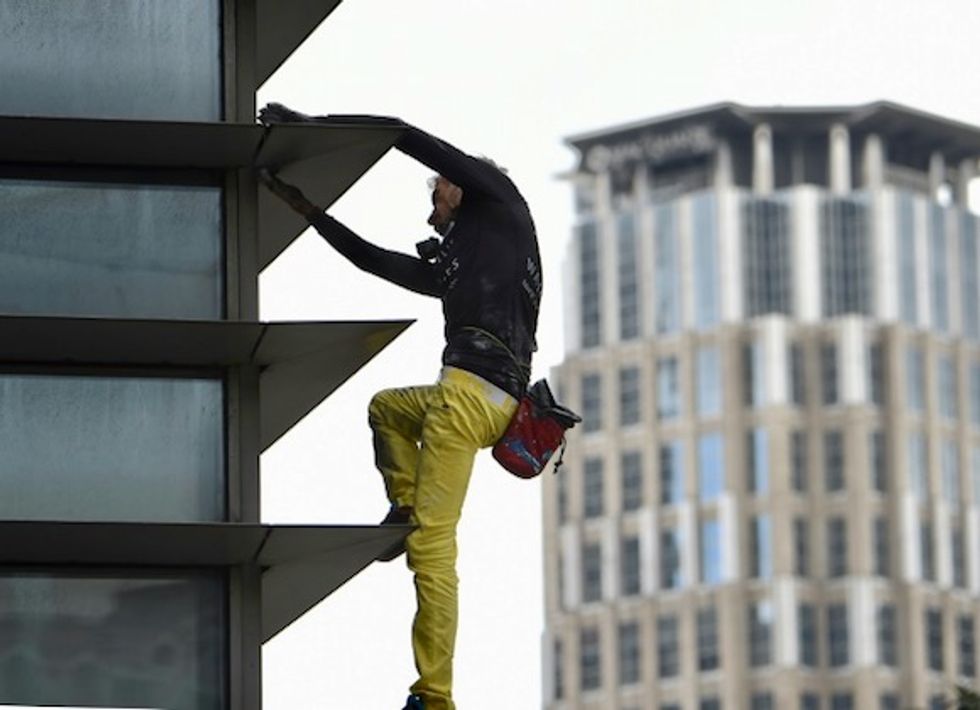 Alain Robert, dubbed the French "Spiderman" for his exploits in climbing buildings around the world, was arrested Saturday in the German city of Frankfurt after scaling the "Skyper" tower, an AFP journalist reported.

Robert, 57, reached the top of 154-meter (500 feet), 42-floor building in just half an hour -- without permission nor safety equipment -- causing passersby to stop, stare and take photos.

Back on the ground, police moved into to arrest Robert who has chalked up a series of similar stunts across the globe since 1994, among them the world's tallest building, the Burj Khalifa in Dubai, and the Eiffel Tower in Paris.

In August, he climbed a Hong Kong skyscraper and unfolded a "peace" banner as massive and sometimes violent pro-democracy protests rocked the city.

Saturday, he gave no reason for his Skyper climb.