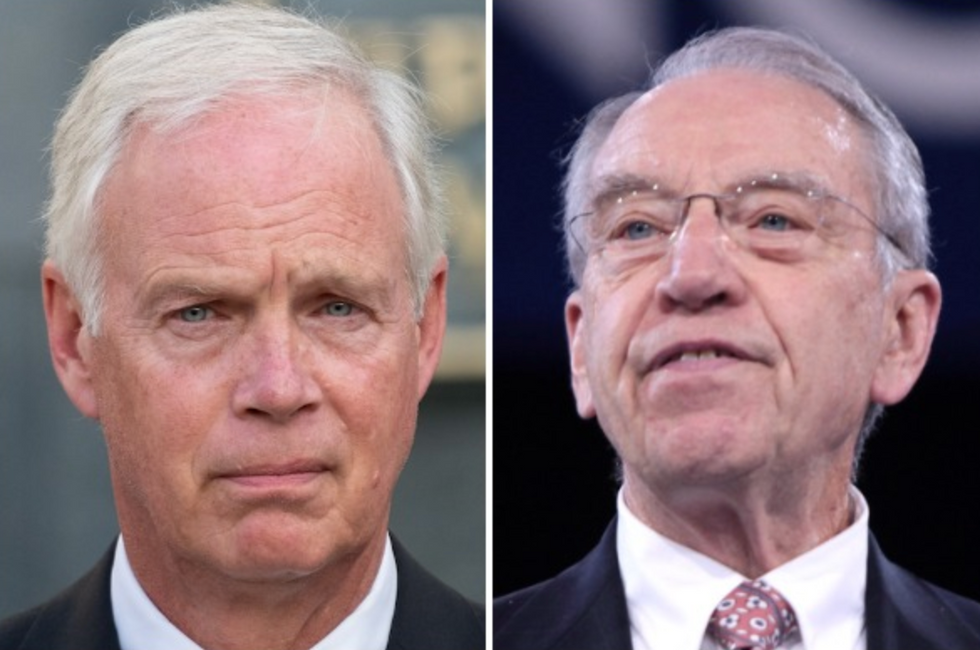 Two GOP senators are asking the Justice Department to open an investigation into claims Democrats colluded with the Ukrainian government to find negative information about Trump during the run up to the 2016 election, The Washington Times reports.

Senators Ron Johnson (WI) and Charles E. Grassley (IA) reached out to Attorney General William Barr and asked him to provide more information on alleged Ukrainian attempts to undermine Trump's presidential campaign. According to the pair, Democratic consultant Alexandra Chalupa worked with the Ukrainians on opposition research regarding Trump.

The pair also reportedly want information regarding any alleged interactions Joe Biden has had with the Ukrainians.

“Ukrainian efforts abetted by a U.S. political party to interfere in the 2016 election should not be ignored,” the senators wrote in their letter to Barr. “Such allegations of corruption deserve due scrutiny, and the American people have a right to know when foreign forces attempted to undermine our Democrat processes.”