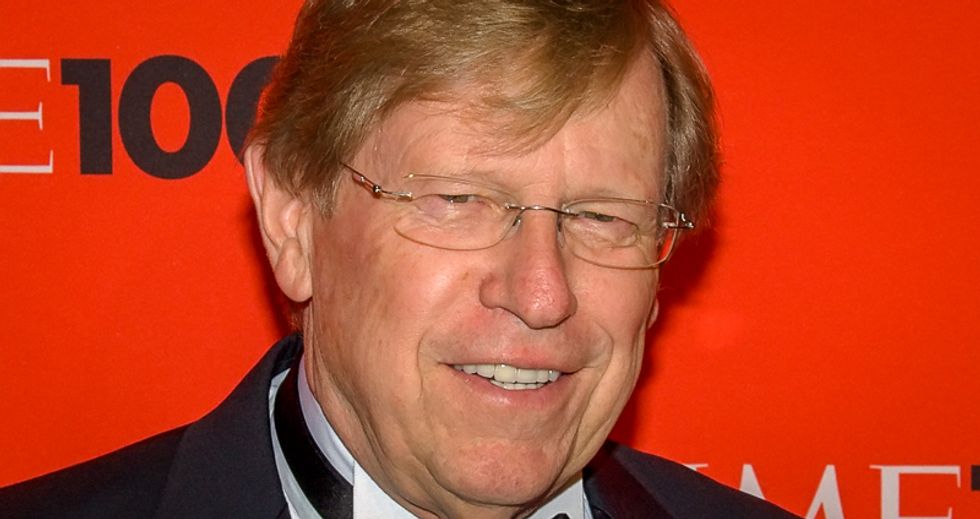 On Thursday, The New York Times reported that President Donald Trump is facing off against an unlikely foe at the Supreme Court as he attempts to strip Obama-era protected status from young immigrants: Theodore "Ted" Olson.

Olson, who served as solicitor general under George W. Bush, is a notorious heavy-hitting lawyer for right-wing causes. He has broadly argued in court for expansion of executive power when Republicans hold the White House, and delivered the winning arguments for GOP plaintiffs in cases like Bush v. Gore and Citizens United.

But on the issue of DACA, Olson is representing the "Dreamers."

"Executive power is important, and we respect it," said Olson. "But it has to be done the right way. It has to be done in an orderly fashion so that citizens can understand what is being done and people whose lives have depended on a governmental policy aren’t swept away arbitrarily and capriciously. And that's what's happened here."

At issue in the case is not whether Trump has the authority to cancel deferred action for immigrants — since the DACA program was created by executive action, it follows that it could be ended by executive action. The issue is that, as with many other controversial regulatory decisions, the president violated the Administrative Procedure Act, by enacting the policy with no warning, no agency process, and without taking public comments.

Two federal appellate courts — the Fourth and Ninth Circuits — have ruled Trump's termination of DACA was improper. The administration is trying to bypass this altogether by urging the Supreme Court to rule that DACA was unconstitutional in the first place.

"This government acts in a manner that is almost the definition of arbitrary and capricious," said Olson. "It's ready, shoot, aim."