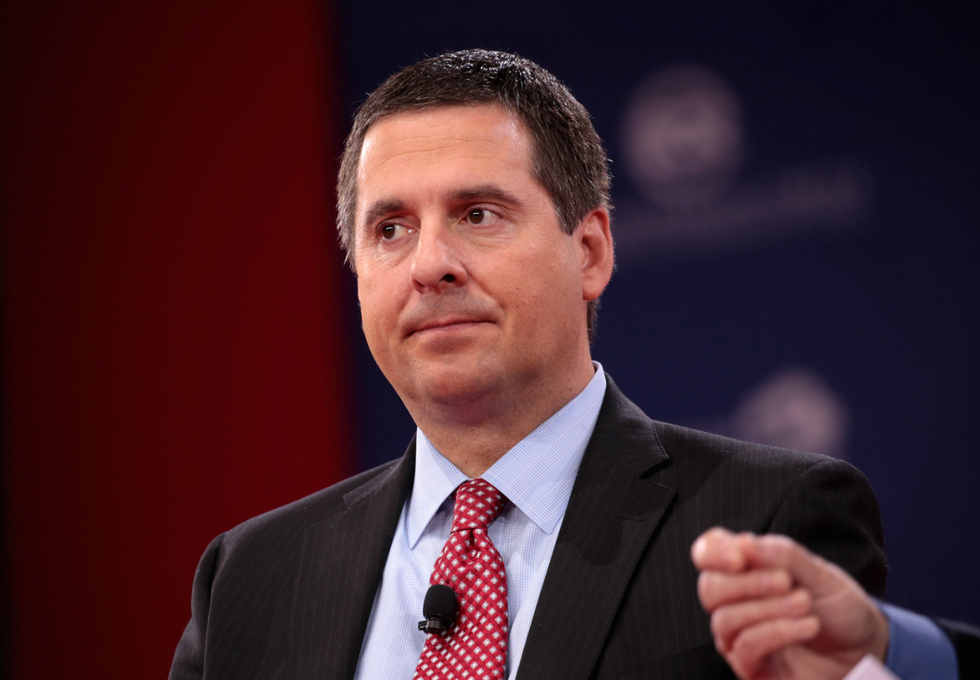 Rep. Devin Nunes (R-CA) has filed two lawsuits claiming that a progressive activist group "doxxed" his wife and her coworkers by requesting emails from the school she works at, prompting harassment of teachers and thousands of dollars in increased security at the school. But according to records obtained by McClatchy, none of that happened.

According to the school, no teachers ever reported any incidents of harassment. Even his claim of increased security was refuted by the school. Nunes' wife, Elizabeth Nunes, is an elementary school teacher in the Sundale Union Elementary School District in Tulare, California.

Michael Seeley, a Los Angeles member of the political group Southern California Americans for Democratic Action, filed a public records request in early 2018 seeking all emails to and from her school district email dating back to 2013, with exceptions for emails that concerned individual students.

The group Campaign for Accountability then cited emails from that public records request in a complaint filed against Devin Nunes in July 2018, alleging he had not properly disclosed his financial interests as required of members of Congress.

The email at issue was sent to Elizabeth Nunes about paperwork and funds to become a partner in the wine company Phase 2 Cellars. The public link cited in the complaint does not include any teacher emails or names besides Elizabeth Nunes’.

Nunes first complained about the public records request in a lawsuit in which he attempted to sue a retired Tulare County farmer and several Democratic activists who in 2018 contested Nunes’ description of himself as a farmer on ballots. Nunes, who grew up in a dairy family, won the challenge and was allowed to describe himself as a congressman and farmer.

Although Nunes' initial lawsuit was dropped last month, he filed another lawsuit in Virginia against the political research firm Fusion GPS as well as the Campaign for Accountability, making the same accusations. But when McClatchy looked into his allegations of harassment and enhanced security measures, the district responded that it “does not have any records" that support Nunes' allegations.

Speaking to McClatchy, Sundale superintendent Terri Rufert said that the district spent over $17,000 of taxpayer dollars in legal fees responding to the records request.

Nunes is also suing Twitter and the users behind three Twitter accounts, alleging that they had defamed him.