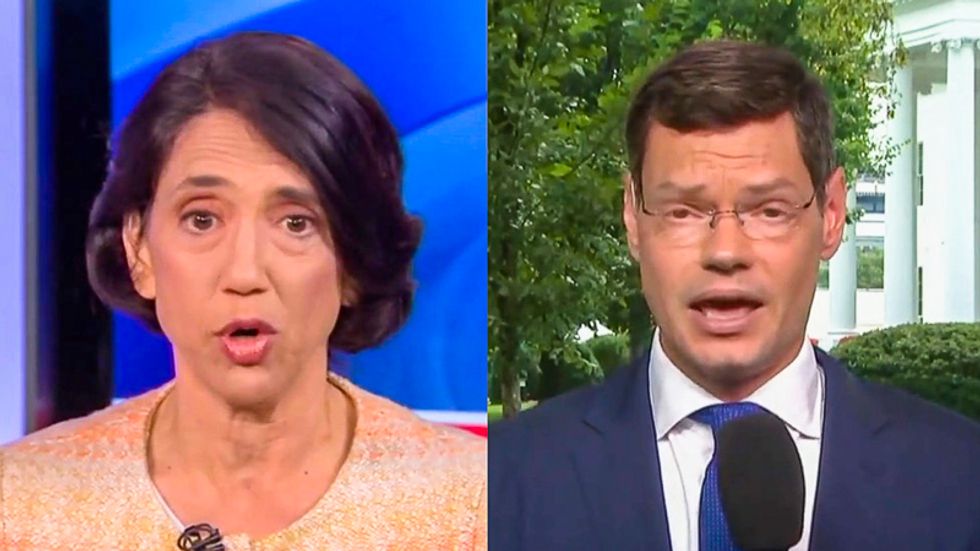 "The president liked the idea of bringing everyone to Washington," Nichols reported to an MSNBC panel on Monday. "The president then, at a certain point, made a decision maybe they’d do this at Camp David and the president snuffed it out on Saturday night."

Nichols added: "Whether or not it’s to his advantage, I’m not in the position to adjudicate this. This president likes drama, likes declassifying things and likes keeping his enemies and apparently his allies and the people in his own administration on their toes."

"You know, this is crazy. You are normalizing this guy," she charged. "This is the most bizarre behavior."

Rubin pointed out that Trump had invited the Taliban to Camp David without consulting allies or understanding the situation on the ground in Afghanistan.

"This is the problem. This is the dysfunction," she insisted. "And it’s not only that he blew up this negotiation. He is a completely erratic, unreliable person to deal with."

"Because this president is so off the wall and so undisciplined and so ignorant about what’s going on," she warned, "this is not just like, oh, another story and I guess the idea went awry, this is the central facet of this president, which is he’s nuts."