'He better do this or he'll look stupid': MSNBC host tells Trump to do something on gun safety 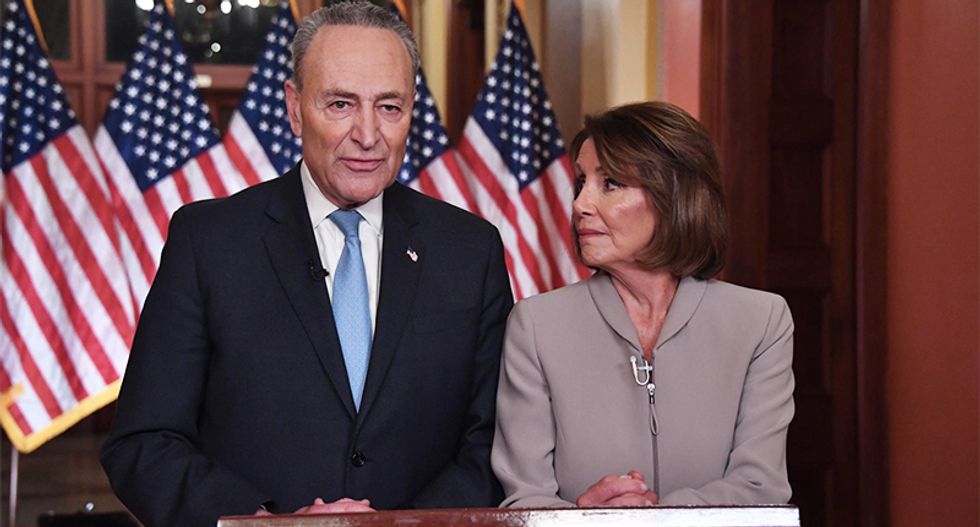 If President Donald Trump doesn't act on gun safety laws he's going to look like an idiot, according to one MSNBC host.

During an introduction about an upcoming segment, Chris Matthews handed it to the president over his inaction with gun safety. Despite multiple mass shootings with high-powered weapons and overwhelming support for stronger background checks and an assault weapons ban, Trump has refused to act.

"Democrats back President Trump corner on gun legislation making him an offer on background checks, I don't see how he refuses," said Matthews. "His response remains muddled so as not to anger his pals at the NRA. He is scared right now. Trump doesn't know what to do. This is one time on guns I think he knows that Nancy and Chuck have put something on the table, a firm offer to do background checks and background checks alone. He better do this or he'll look stupid."

Rep. Dina Titus (D-NV) noted that the bill Democrats have offered has been on the table for over 200 days and neither Trump nor Senate Majority Leader Mitch McConnell has done anything to bring the bill forward.

"This is a minimum," Titus said. "You don't back up from the minimum. Ninety percent of the public, including gun owners, support this. To say the president believes in his heart and won't do it is like saying we're offering thoughts and prayers to the victims. Here it is. Let's get it done. The House has passed two of these bills. The House Judiciary has passed three bills. Next week they will have a hearing on assault weapons. It's not something that you can back up from. This is the minimum."

Watch the teaser and segment below: