'He is in a world of hurt': CNN political analyst says Ukraine scandal is 'unspinnable' — and Trump knows it 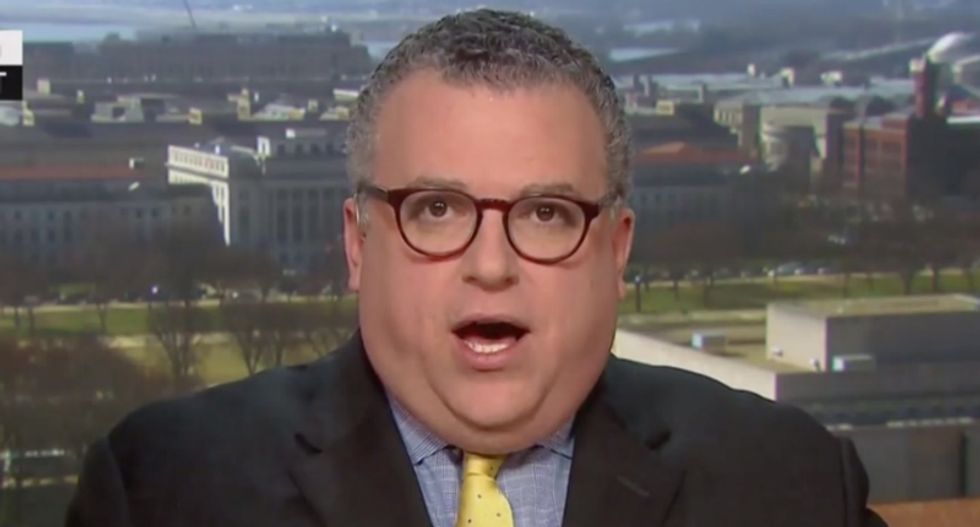 On Wednesday's edition of CNN's "The Situation Room," political director David Chalian suggested President Donald Trump know he is in serious trouble — and there is nothing he can do to stop it.

"It was a bombshell of a day, and a day where the future of Donald Trump's presidency came into focus in some ways of what it's going to look like at least for the remainder of this term," Chalian told anchor Wolf Blitzer. "What you saw was in the release of this rough transcript of a phone call, you saw something very rare in Washington, you saw largely an unspinnable document here."

"I know the president and his team are trying to downplay the severity of this, but it is as clear as the president had made it in the days before about his actions were, this transcript, Wolf, made crystal clear, the president was using his position of power in order to urge a foreign leader to investigate a political rival," said Chalian. "I just don't see any other possible interpretation of what was going on here."

"I just want you to watch how the president handled himself at the press conference at the UN today," continued Chalian. "That was a dejected President Trump. We have seen him in much more sort of on-his-heels moments where he is fiery and fighting back, and punching back, and yes, some of his words were doing that, but his overall tenor, it struck me as — we can't forget how much this president sort of understands moments in media and on television and how things are playing. And this is, it seemed to me, a president who fully understood that he is in a world of hurt at the moment."