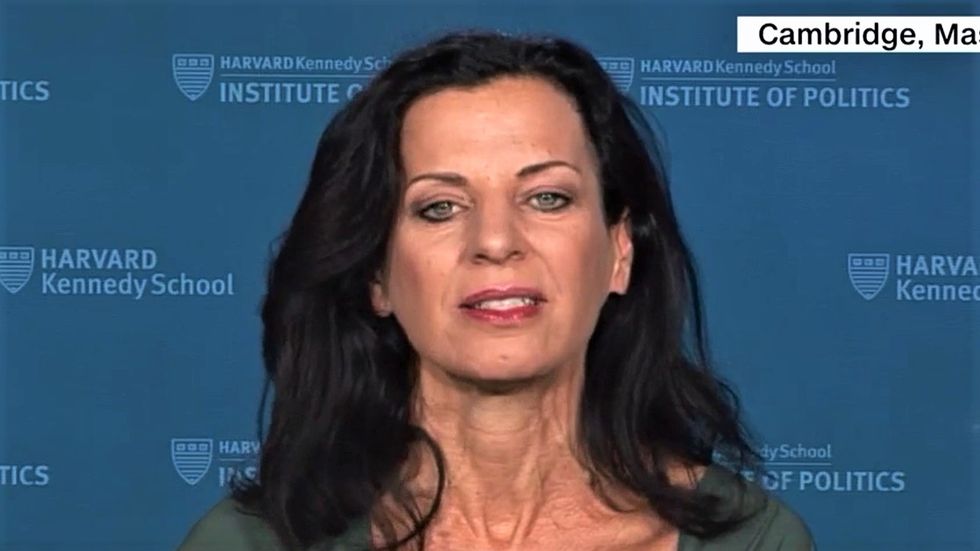 Former FBI agent Asha Rangappa and former Department of Homeland Security official Juliette Kayyem on Thursday explained on CNN that there is no way that a reported "promise" that President Donald Trump made to a foreign leader would have been deemed a credible threat by Intelligence Community Inspector General Michael Atkinson unless it was a deadly serious matter.

When asked to break down the process for flagging a presidential interaction with a foreign official, Rangappa pointed out that the bar for whistle blowers in this instance is very high because the president has a great deal of flexibility to shape foreign policy.

"When the complaint concerns the president's interactions with another head of state or foreign leader, the bar for it to pass, to be an urgent concern under the definition that's laid out in the statute, is very high," she said. "And this is because the president has incredibly wide latitude in conducting foreign affairs and in negotiating with world leaders... this can't simply be, you know, bad policy or unwise policy or some kind of objection in that way."

Kayyem then chimed in to outline the three possible things Trump could have done to warrant such a response from the intelligence community.

"The first, of course, is that President Trump did something for his own personal gain," she said. "The second is that he was willing to cede control or direction of an intelligence operation to another country. And then the third, of course, is some disclosure of sources and methods of a covert action. Almost nothing else is going to rise to the level of grave concern."