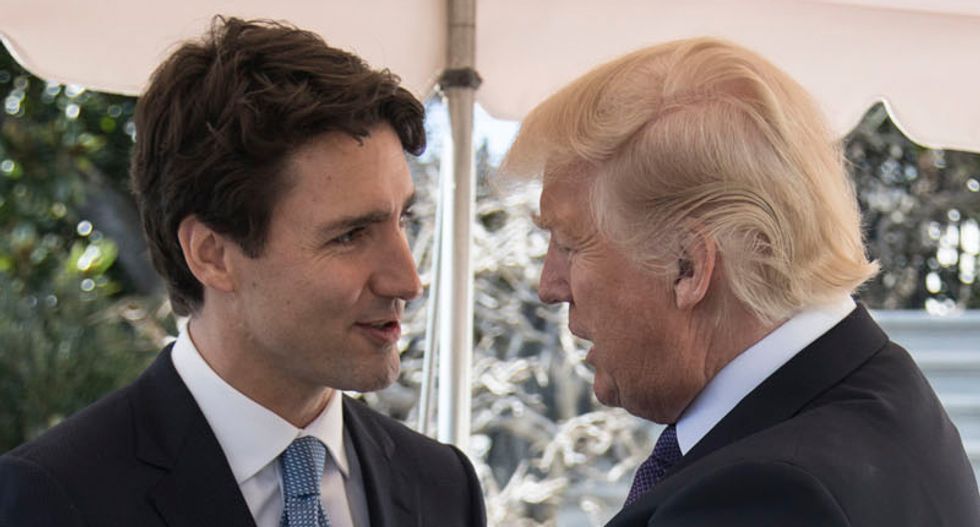 "New Rule: Now that Melania has gazed into Justin Trudeau's eyes like this," Maher said, showing a photo of the first lady looking at the Canadian Prime Minister.

"Not long after Ivanka did it like this," he said, showing a photo of the first daughter looking at Trudeau.

"Trump has to tell us, 'Which one made you more jealous?'" Maher said.

"Mr. President, I'm kidding. We all know about the time Trudeau made you really jealous," he said, displaying a photo of Vladimir Putin looking at Trudeau.