'His frontal lobe is melting': Donald Trump labeled 'lousy dad' after he says Melania 'has a son' 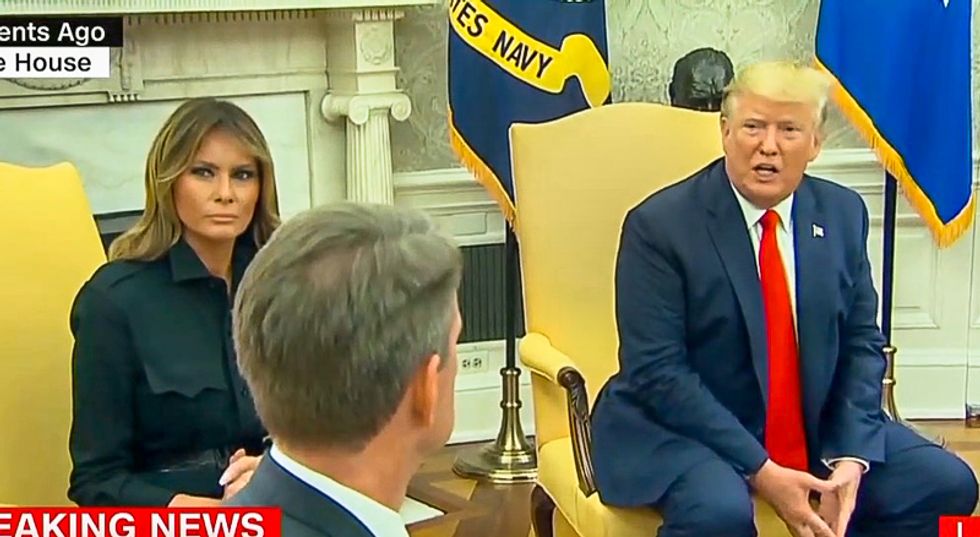 President Donald Trump seemed to forget for a moment on Wednesday that Barron Trump was his son.

During an Oval Office gaggle with the press, Trump was asked about the crackdown on vaping after the government announced that deaths had been linked to the practice.

The president said that he viewed vaping as a source of American jobs before mentioning First Lady Melania Trump, who was sitting beside him.

"That’s how the First Lady got involved," Trump explained. "She's got a son -- together -- that is a beautiful young man and she feels very, very strongly about it."

The internet quickly erupted by mocking the president's parenting skills.

@nycsouthpaw @chrislhayes Trump obviously has no relationship with his youngest son. When is the last time Trump he… https://t.co/IEIsnS3I7V
— Pablo (@Pablo) 1568227165.0