‘I think the whole thing is illegal’: Ethics expert blasts Trump’s money-grabbing as ‘immoral and illogical’ 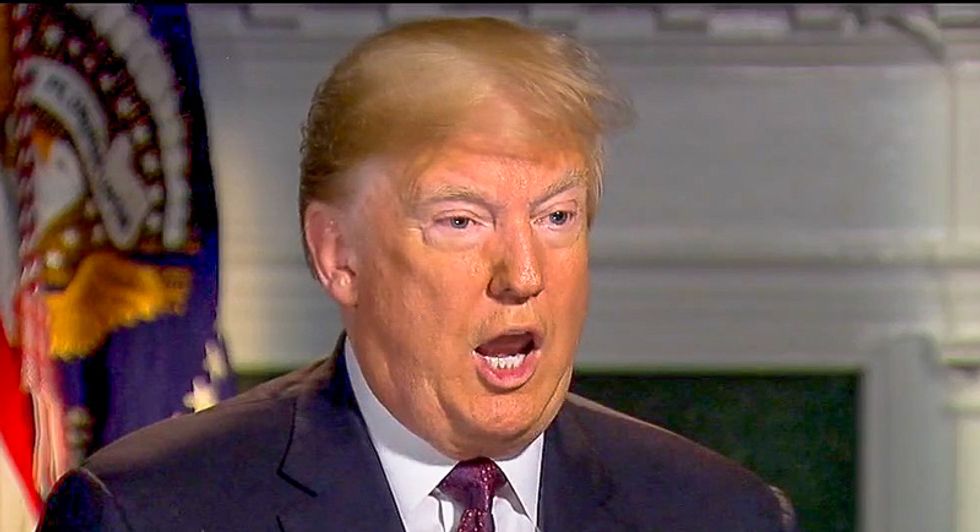 President Donald Trump was harshly criticized on MSNBC for his illegal and immoral actions to use his office to personally enrich his family.

“The Trump administration is billing you, the taxpayer, for Vice President Mike Pence’s stay at a Trump property in Ireland, all thanks to a heavy-handed suggestion from President Trump,” anchor Ari Melber reported.

“His chance to take dollars from the U.S. Treasury and put them in Trump’s pockets looks especially desperate tonight, because the golf club in question is a whopping 180 miles away from Pence’s government meetings -- which is a bit like getting a hotel in Boston to go to a government meeting in New York.”

To illustrate his point, Melber put up a picture of a map of Ireland. 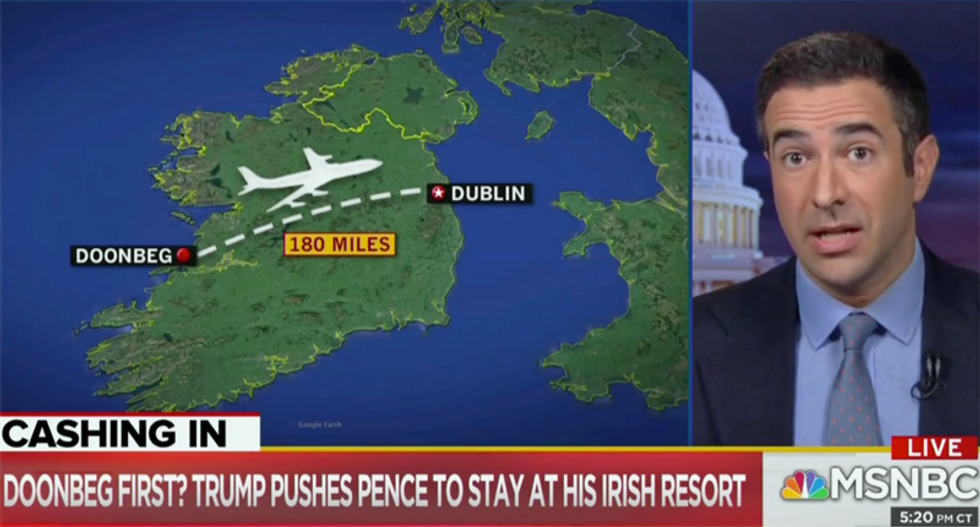 Graphic from MSNBC's 'The Beat' (screengrab)[/caption]

“And all of this comes after Trump lobbied for the G-7 summit to use his struggling Doral resort in Florida for its next meeting. This is not normal,” Melber noted.

“We turn now to an ethics guru you may recognize, the one and only Richard Painter, former chief White House ethics attorney under the Republican administration of George W. Bush,” he said.

“It’s outrageous! And I think it’s illegal,” Painter said. “I think the whole thing the illegal.”

“Let’s start with the vice president’s stay. The United States taxpayer is paying for that,” he explained. “The federal government is going to make a big outlay in order to promote the Trump hotel. Trump will make money when Secret Service agents stay there. Also, the promotion value. Our money is being used to promote his hotel.”

“This is a violation of the Domestic Emoluments Clause, which caps the president’s compensation for his services at his compensations set by Congress,” he continued.

“He is not entitled to milk the taxpayer right, left, and center. And that’s what he’s doing here. This is illegal as well as immoral and illogical,” he added.

“He’s trying to make the Trump Organization richer and he’s using his official position as president of the United States to do that. And he is enriching himself in violation of the Constitution, which restricts his compensation. He has no right to do that with our money,” Painter said.