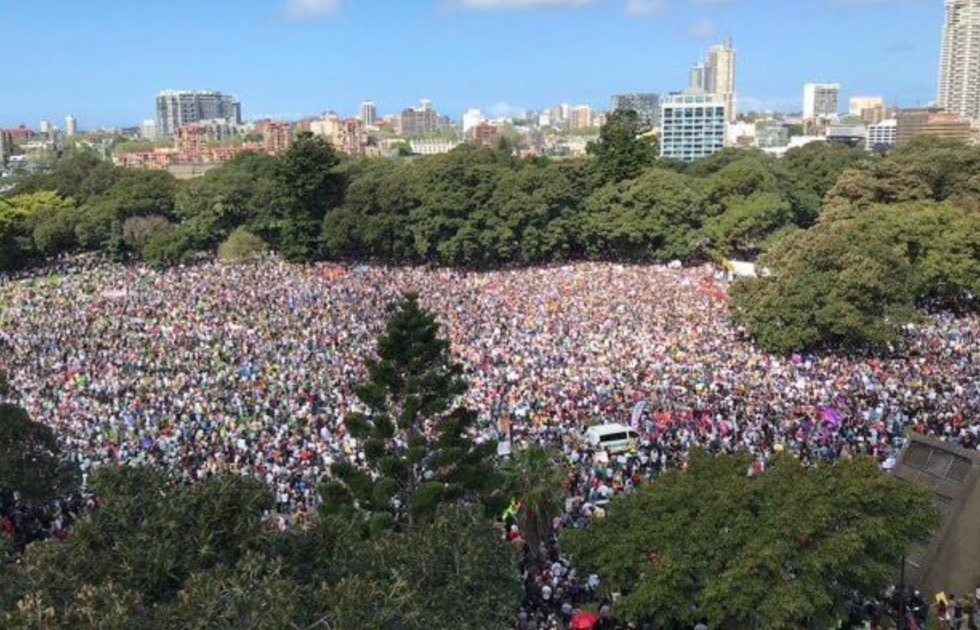 This Friday, millions of people around the world are skipping school and work to demand action on climate change. According to reports, "global climate strikes" are currently taking place in over 150 countries, all designed to take place ahead of the opening of the United Nations General Assembly and the Climate Action Summit this coming Monday.

Images coming out of New York City alone show the massive scale of the protests. Tweeting from the NYC march, climate activist Greta Thunberg said that "lower Manhattan is absolutely packed with people."

In another tweet fired off this afternoon, Thunberg shared images of New York City streets packed with throngs of people and said preliminary numbers say there are at least 3 million people at today's protests around the world. "And that is before counting North and South America," she wrote.

The preliminary numbers say there are at least 3 million people in today’s #ClimateStrike And that is before counti… https://t.co/c2FpkIRFMY
— Greta Thunberg (@Greta Thunberg) 1569004568.0

Other images and videos shared across Twitter show the massive turnout in NYC and other parts of the globe.

There are some businesses that are letting workers take the day off to attend the climate strikes and others are closing outright, CBS News reports. Over 7,000 companies have pledged to either donate ad space or put banners on their sites to show their support.