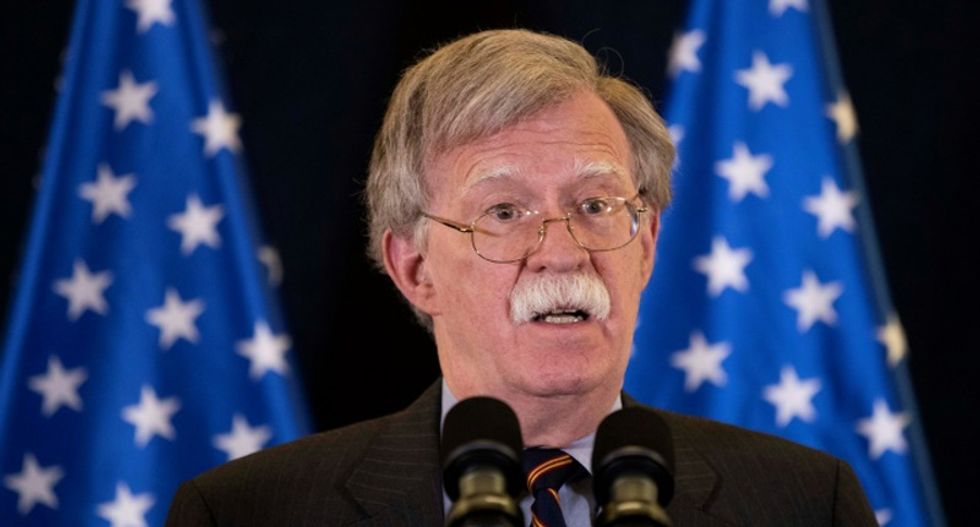 President Donald Trump abruptly announced on Tuesday that he was firing hawkish national security adviser John Bolton, which immediately lit up spontaneous celebrations all across Twitter.

The president not only axed his national security adviser, but did so in a humiliating way by claiming in a tweet that he informed Bolton that "his services are no longer needed in the White House," while also outlining how he "disagreed strongly with many of his suggestions."

Bolton, who has pushed for hawkish stances against countries such as Iran and Venezuela, has been a divisive figure in American politics ever since former President George W. Bush nominated him to an ill-fated tenure as America's ambassador to the United Nations.

Given this, many of the reactions to Bolton's firing were filled with unrestrained glee -- check them out below.

Rough day for John Bolton. He was so close to starting World War III and he just couldn’t get there. Hope he finds… https://t.co/F8JidETtJE
— Jared Yates Sexton (@Jared Yates Sexton) 1568131434.0