Is the Trump administration squelching a whistleblower — and a major scandal? 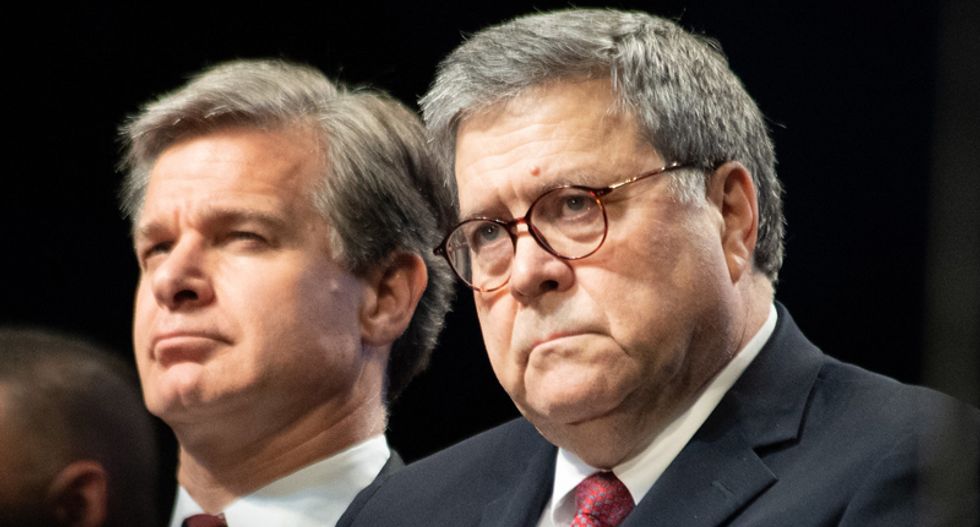 America's system of government has always worked on the honor system. With so few Senate-confirmed Cabinet and federal agency heads, and so many “acting” officials working in the Trump administration, people who are constantly forced to audition for permanent positions are now under tremendous pressure to protect a president hellbent on breaking every norm of good governance. Now a new possible political scandal could be brewing in the Trump administration that tests the loyalty of these “acting” officials — pitting their allegiance to the nation against their desire to impress their boss.

While President Trump and his administration, namely former Attorney General Jeff Sessions, loudly complained about leaking from the early onset and pushed people to go through the proper channels with complaints, there is now a serious allegation that even whistleblowers have been silenced by the administration.

According to Rep. Adam Schiff, D-Calif, chairman of the House Intelligence Committee, a whistleblower who lodged an urgent complaint about wrongdoing within the intelligence community has gone ignored and left unprotected. In a letter released on Friday, Schiff accused a “top intel official of illegally withholding” a “whistleblower” complaint described as “urgent” by the Intelligence Community Inspector General (IC IG) — and one that could implicate the White House.

"A month ago, a whistleblower within the intelligence community lawfully filed a complaint regarding a serious or flagrant problem, abuse, violation of law, or deficiency within the responsibility or authority of the Director of National Intelligence," Schiff said in a statement. The IC IG first notified the committee of the whistleblower complaint on Sept. 9. The next day, Schiff requested a full, unredacted copy of the complaint, the ICIG's findings related to the matter, and all records connected to the Office of the Director of National Intelligence’s (ODNI) involvement, "including any and all correspondence with other Executive Branch actors including the White House."

In what may be the clearest example yet of obstruction in the Trump administration, acting Director of National Intelligence Joseph Maguire, in direct contradiction to an unambiguous rule worked out in the wake of Watergate, is refusing to hand over the whistleblower’s complaint to Congress. The ODNI officially declined the Intelligence Committee's request on Friday, saying that Maguire is withholding the complaint in part because it "involves confidentially and potentially privileged communications by persons outside the Intelligence Community." But the statutory mandate being ignored by Maguire was specifically intended to deny intelligence officials this kind of discretion — that is, they're not supposed to keep Congress from hearing whistleblower reports, or to let the officials implicated in any allegations unilaterally decide to bury them.

Schiff’s letter is clearly a plea to the whistleblower, who probably would be kept out of the loop about what was actually done with his or her complaint, to go directly to the Committee.

[T]he Committee expects the whistleblower to be fully protected from ... reprisal, or threat of reprisal. This includes personnel action for making the disclosure to the IC IG and, if he or she so elects, for contacting the Committee directly, as permitted under the statute.

It also serves as a reminder to other public servants that they can go directly to the committee if they have information.

Schiff also issued a subpoena on Friday, requiring ODNI to produce the complaint and relevant records by Tuesday. If it doesn't, Maguire will be directed to appear before the committee in an open hearing on Thursday.

Maguire’s refusal to cooperate further underscores how thoroughly ill-equipped our system of congressional oversight is to deal with pervasive executive branch obstruction. If a presidential appointee simply refuses to comply with the law, and the attorney general is willing to find some pretext to rationalize that refusal, external oversight bodies are forced to slog through the courts n a tedious and time-consuming process. It also makes the resignation of former DNI Dan Coats and the subsequent forced resignation of Principal Deputy Director of National Intelligence Sue Gordon look even more suspicious. The whistleblower reportedly went to the IC IG three days after Gordon’s resignation and three days before Maguire took over as acting DNI.

"The Committee can only conclude, based on this remarkable confluence of factors, that the serious misconduct at issue involves the President of the United States and/or other senior White House or Administration officials," Schiff wrote in a letter accompanying his subpoena of Maguire. He continued: "This raises grave concerns that your office, together with the Department of Justice and possibly the White House, are engaged in an unlawful effort to protect the President and conceal from the Committee information related to his possible 'serious or flagrant' misconduct, abuse of power, or violation of law."

Despite Schiff’s sternly worded letter, however, there is little evidence that either House Democrats or our system writ large is equipped to handle such flagrant violations. In all likelihood, Maguire will appear before the committee later this week, only to declare that he "does not recall" numerous things, assure the committee that he has no personal knowledge of anything scandalous and insist that if he did it would all be privileged communication anyway. The committee will dress him down, put him "on notice" and prepare to file more stern letters.

Our system is clearly broken. It's not entirely because the Republican Party now marches in lockstep with Trump. But that's a pretty important symptom.