Israel president to start consultations Sunday on next PM 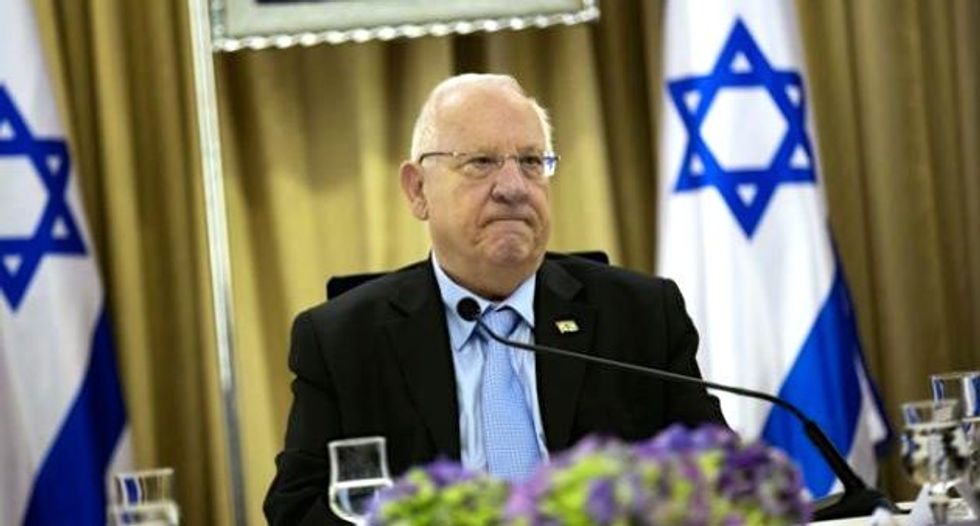 Israeli President Reuven Rivlin will begin consultations on Sunday to decide who should form the next government following this week's general elections, a statement from his office said.

Rivlin will hold meetings with the parties elected to parliament and ask them for their recommendations on who should be the next prime minister.

He will then make his choice based on those recommendations, in consultations expected to last a couple days.

Official results have not been announced, but Israeli media have said Gantz's centrist Blue and White has 33 parliamentary seats and Netanyahu's right-wing Likud 31 out of 120, with 97 percent of the votes counted.

Despite Gantz's slim lead, neither has an obvious path to form a majority coalition.

Both Netanyahu and Gantz have called for a unity government following Tuesday's vote, but the Blue and White leader has insisted that he lead it.

Netanyahu, who faces possible corruption charges in the weeks ahead, has so far shown no sign that he would be willing to accept an end to his tenure as Israel's longest-serving prime minister.

Earlier in the day, Rivlin welcomed Netanyahu's decision to join calls for a unity government.

"I hear, loud and clear, the voices calling for a broad and stable national unity government," he said.

"And I congratulate you, Mr. prime minister, on joining that call this morning."