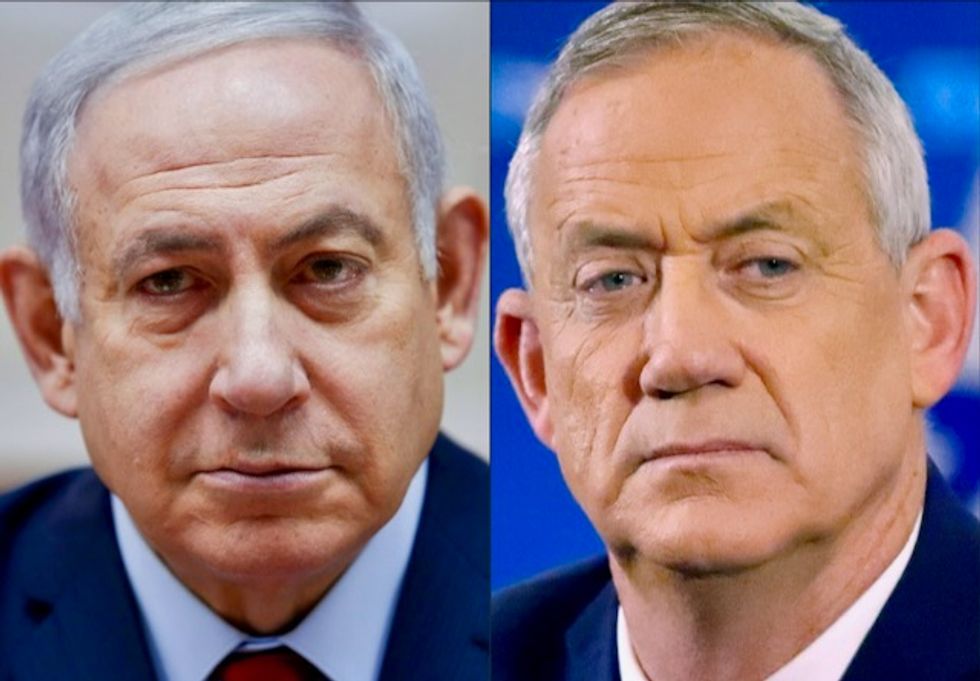 Israel votes Tuesday in its second election in five months, determining whether to extend Prime Minister Benjamin Netanyahu's term as the country's longest-serving prime minister despite corruption allegations against him.

The stakes could not be much higher for the 69-year-old right-wing leader who, as in April polls, faces a strong challenge from ex-military chief Benny Gantz and his centrist Blue and White alliance.

The first exit surveys will be released just after polls close, while official results are not expected until Wednesday.

Some 18,000 police, security guards and volunteers will be deployed.

Opinion polls ahead of the election have indicated another tight race, showing Netanyahu's Likud and Blue and White winning around 32 seats each in the 120-seat parliament.

Netanyahu enters the election after having suffered one of the biggest defeats of his political career after the April vote.

His Likud along with its right-wing and religious allies won a majority of seats, leading Israeli President Reuven Rivlin to task the premier with forming a new government.

But following weeks of discussions, Netanyahu failed to do so, leading him to opt for an unprecedented second election rather than risk having Rivlin choose someone else.

The danger for Netanyahu extends beyond remaining prime minister, a post he has held for a total of more than 13 years, first from 1996-1999 and again since 2009.

If he wins, many believe he will seek to have parliament grant him immunity from prosecution while facing the possibility of a corruption indictment in the weeks ahead.

Israel's attorney general has said he intends to indict Netanyahu for fraud, bribery and breach of trust pending a hearing expected only days after the election in early October. A final decision would come later.

Netanyahu would not be required to step down if indicted, only if convicted with all appeals exhausted.

Recognizing the stakes, Netanyahu spent the final days of the campaign seeking to appeal to right-wing nationalists -- key to his re-election bid -- and to boost turnout among his base.

Those efforts have included a controversial pledge to annex the Jordan Valley in the occupied West Bank, a third of the territory.

He has issued unfounded warnings that the vote could be stolen by fraud in Arab communities, leading critics to accuse him of racism.

But Netanyahu has also highlighted the country's growing economy and his relationships with world leaders such as US President Donald Trump.

He has tried to label his main opponents "weak" and "leftist" despite their security credentials.

Gantz has campaigned by presenting himself as an honorable alternative to Netanyahu.

He has repeatedly spoken of Netanyahu's willingness to form a coalition with far-right parties that could help him seek immunity.

Gantz says his alliance, which includes three former military chiefs of staff, wants a unity government that the vast majority of Israelis would support.

AFP / Gal ROMA No single party has ever won an overall majority in Israel's parliament, the Knesset

"Netanyahu continues to spread rude lies in a desperate attempt to save his government," Gantz said Monday. "He lies, scolds, skewers, divides."

His "make Israel normal again" slogan refers to what the staunch secularist says is the undue influence of ultra-Orthodox Jewish parties on the country's politics.

He accuses them of seeking to impose Jewish religious law on Israel's secular population and wants legislation ending the ultra-Orthodox's exemption from mandatory military service.

Lieberman prevented Netanyahu from forming a coalition after April polls when he refused to relent on his demand related to military service for the ultra-Orthodox.

It is not clear he will endorse Netanyahu as prime minister again, which could be enough for Rivlin to allow Gantz to try to form a government.