‘It was Trump’: WaPo reports the president himself doctored Hurricane Dorian map with a Sharpie 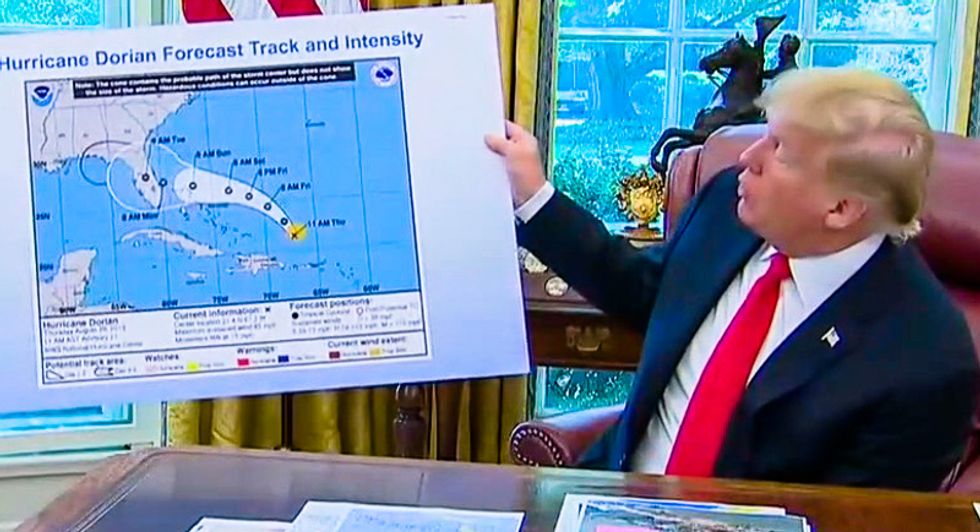 The heavily-ridiculed map of Hurricane Dorian doctored with a black Sharpie marker was the work of President Donald Trump himself, The Washington Post reported Thursday.

"It was Trump who used a black Sharpie to mark up an official National Oceanic and Atmospheric Administration map, which he displayed during an Oval Office briefing on Wednesday, according to a White House official who spoke on the condition of anonymity to discuss internal deliberations," the newspaper reported.

They included a quote from their source.

“No one else writes like that on a map with a black Sharpie,” the official said.