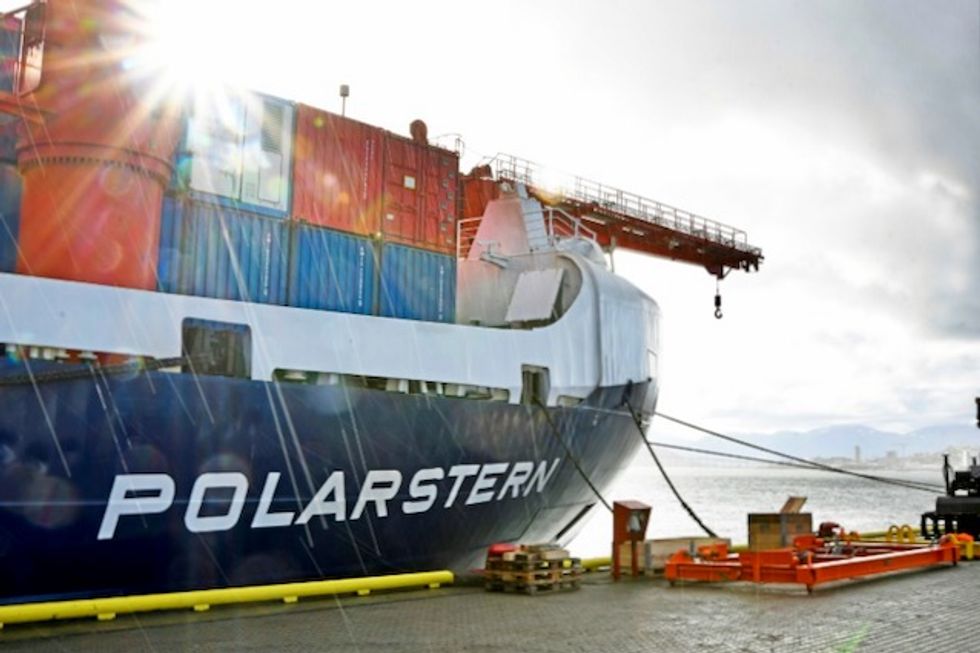 A team of scientists from 19 countries will set off for the Arctic on Friday, aiming to freeze their ship into the polar ice for a year to research the changing climate.

The 140 million-euro ($155 million) mission will study the atmosphere, ocean, sea ice, ecosystem and natural processes -- looking to build a picture of how climate change is affecting the region and the entire world.

"No other region of the world has warmed as quickly as the Arctic in the past decades," mission leader and atmospheric scientist Markus Rex said on the "Mosaic" (Multidisciplinary drifting Observatory for the Study of Arctic Climate) website.

"At the beginning of this year, we had an extreme case where the central Arctic was warmer than in Germany," Rex added.

"It's almost the epicentre of global warming. At the same time, we know little about this region so far."

He warned: "We won't be able to accurately predict our climate if we don't have reliable forecasts for the Arctic."

The Polarstern will set off from Tromso, Norway and then moor to a huge iceberg before drifting for almost a year through the central polar region -- the ice freezing at least 1.5 metres (five feet) thick around it as winter draws in.

A fleet of four icebreakers from Russia, China and Sweden, as well as aeroplanes and helicopters, will resupply the ship and rotate crew members in and out.

But while the expedition has been eight years in the making, its 2,500-kilometre (1,550 mile) journey through temperatures as low as minus degrees 45 Celsius (minus 49 Fahrenheit) and 150 days and nights of darkness will be unpredictable.

Once frozen in place, the Polarstern itself will remain home to all the expedition members -- around 100 people at any one time.

Around it, a miniature city of science will spring up on the ice, divided into sections to keep the different researchers' experiments from interfering with one another.

A third section focuses on study of the seawater itself, with a heated tent keeping samples above freezing point, while still another will bristle with sensor masts and tethered balloons probing the atmosphere.

The runway and a network of sensors spreading up to 50 kilometres from the ship complete the picture -- as well as a team of at least six lookouts on "polar bear watch".