Let me take you down: Strawberry Field opens to public 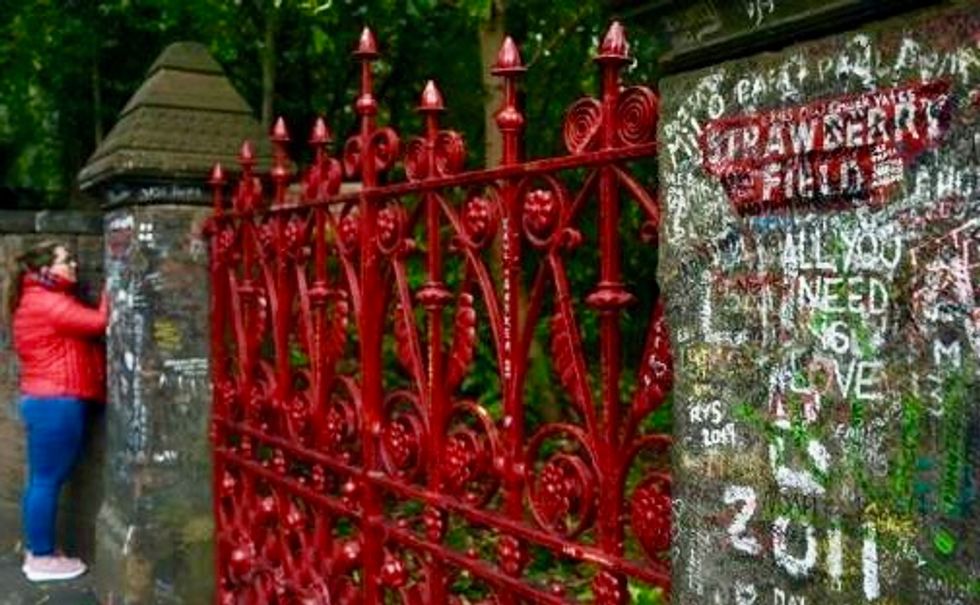 Beatles fans can now take a trip through the childhood sanctuary of John Lennon that inspired the seminal song "Strawberry Fields Forever", with the former children's home opening its doors to the public.

Lennon used to climb over the fence from his aunt's house, where he grew up, and play with other children at the Strawberry Field orphanage.

Its importance in shaping Lennon's personality was laid bare in the classic 1967 psychedelic hit.

Around 60,000 fans flock each year to the site to have their photographs taken outside the famous red gates, but until now have never been allowed beyond.

"This is a unique opportunity for people to come and explore the garden.. and just enjoy what many have said; there's a real sense of calm and peace."

The site, in the city's Woolton neighborhood, was a Salvation Army children's home up until 2005, when it became derelict.

But it has now been turned into a centre to help 18-25 year olds with learning disabilities find employment, partly funded by opening its doors to the public.

"We have got the visitor exhibition which tells the story of the Salvation Army, the children's home and that connection with John Lennon," explained Versfeld, in front of the gates.

"We've got a cafe, a retail space and wonderful gardens for people to explore. All the money that is raised... stays at Strawberry Field and is used for our steps-to-work program."

Lennon was brought up by his aunt, even though his mother Julia lived nearby until she died in a car accident.

Strawberry Field became a place were he could not only meet other children, but contemplate, according to Versfeld.

"He came to play with the children and observe what was going on," he said. "He found some sanctuary and peace and calm here.

"That song, many would look at the lyrics and wonder what was going on, but actually I think that was a space that he found and a place that was special to him."

The original gates went offsite a few years ago but have now been returned.

Lennon's lyric "It doesn't matter much to me" is written on the walls of the exhibition, contrasting with the cafe, where the words "It matters to us" are displayed above videos showing the work of the Salvation Army.

The show takes visitors on a historical trip through Strawberry Field, as well as displaying exhibits documenting Lennon's early life.

Graceland has loaned artifacts to recognize Lennon's love for Elvis Presley while other exhibits include a handwritten early draft of the song and a photo-mosaic of Lennon's face.

The song was released in February 1967 as a double A-side single with "Penny Lane", hitting number two in the UK charts behind Engelbert Humperdinck's "Release Me".

It is recognized as the point that the band moved away from straight pop to a more complex sound, incorporating unusual instruments including the "Mellotron" and an Indian swarmandal.