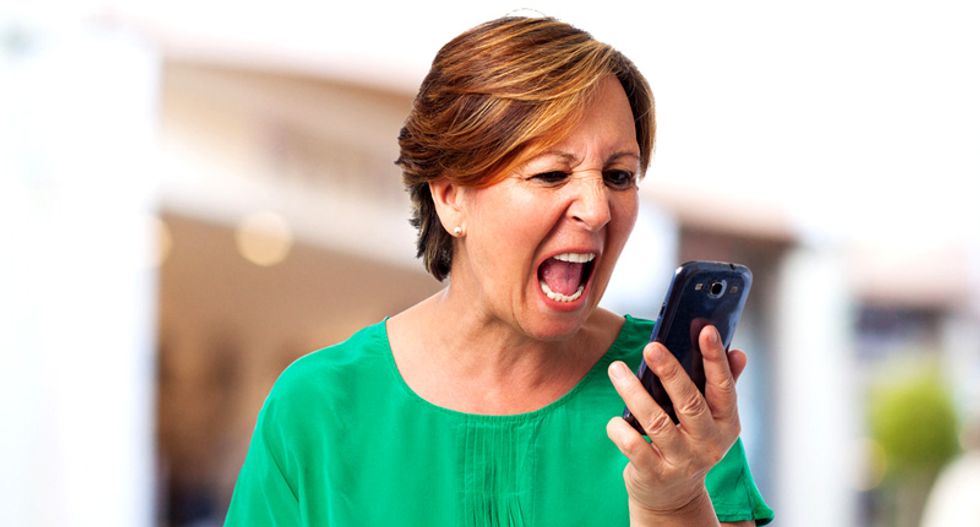 A Republican member of the Ohio Township Advisory Board in Warrick County, Indiana abruptly hung up on a reporter this week when she was asked about a Facebook post in which she questioned whether Americans should trust anyone with a Muslim-sounding name.

The Evansville Courier and Press reports that Ohio Township Advisory Board member Debbie Reid this week reacted to a news story about a Florida mechanic who allegedly tampered with an airplane by going off on a tirade against all Muslims.

Reid did this despite the fact that police say the mechanic, who is named Abdul-Majeed Marouf Ahmed Alani, tampered with the aircraft due to a labor dispute and not because of any allegiance to Islamist terrorist organizations.

"DO WE DARE TRUST ANYONE WITH A NAME LIKE THIS ANYMORE???" she asked in the post, which is currently not publicly available.

The Courier and Press contacted Reid to ask her about her post, but she hung up on them and did not answer subsequent calls.

Warrick County Republican Party Chairman Mike Griffin told the Courier and Press that he did not agree with Reid's Facebook post and said that it does not represent the position of the party as a whole.

See a screen shot of Reid's original post below. 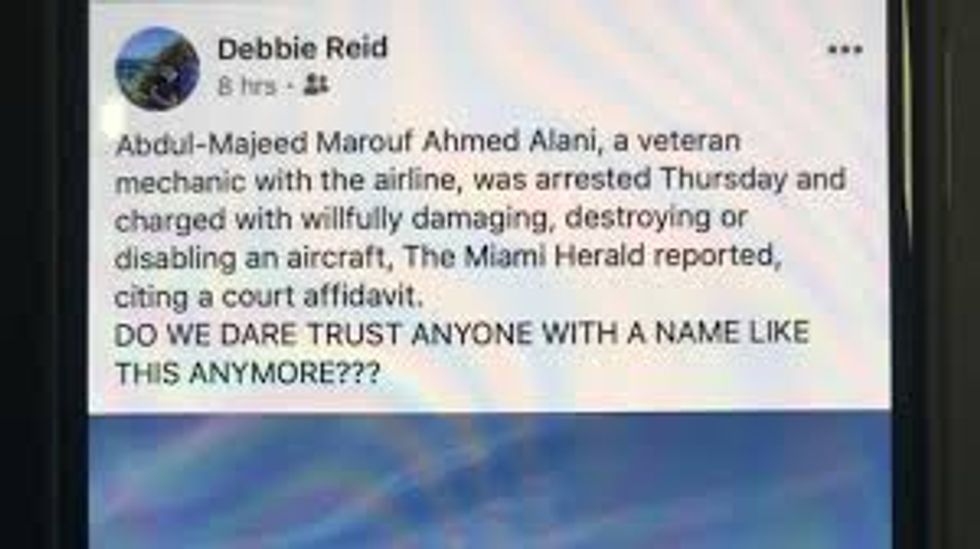