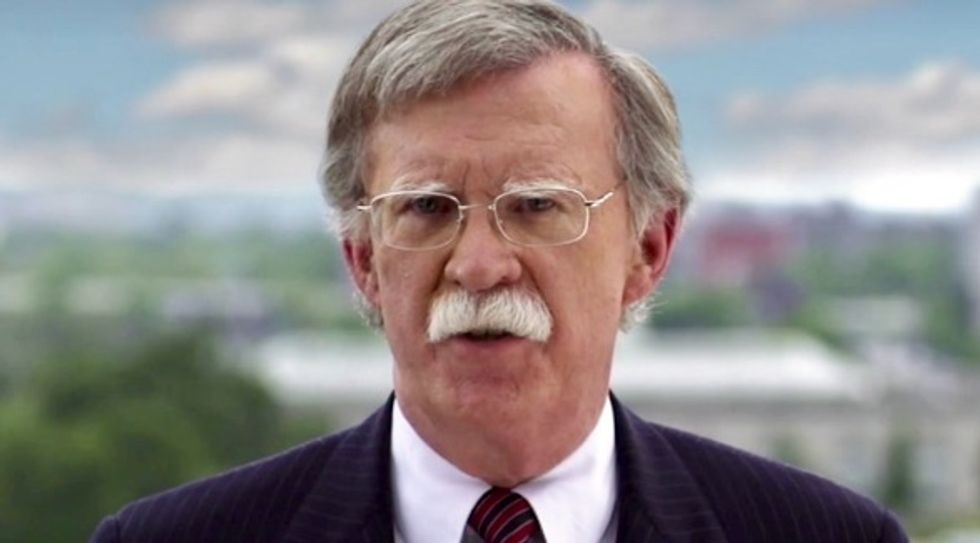 His letter of resignation is already making its way online, via reporters, including Fox News' Chief White House Correspondent, John Roberts (below).

The letter is short – just two sentences – and scathing in what it says, and doesn't say.

"I hereby resign, effective immediately, as Assistant to the President for National Security Affairs," Bolton's letter reads. "Thank you for having afforded me this opportunity to serve our country."

No, "Thank you for your support."

No, "It was an honor serving you."

No, "I'm proud of what we accomplished."

No rattling off a litany of achievements, how he helped make America safer, or shared Trump's vision."

Even the first paragraph of former Secretary of Defense Jim Mattis, whose letter of resignation detailed his frustrations with Trump, was longer.

"I have been privileged to serve as our country’s 26th Secretary of Defense which has allowed me to serve alongside our men and women of the Department in defense of our citizens and our ideals," Mattis' letter began. It was a page and a half long.

Bolton's letter appears to have been printed off and folded – not into an envelope, but lengthwise, as if it were placed in a jacket breast pocket and handed directly to the recipient.