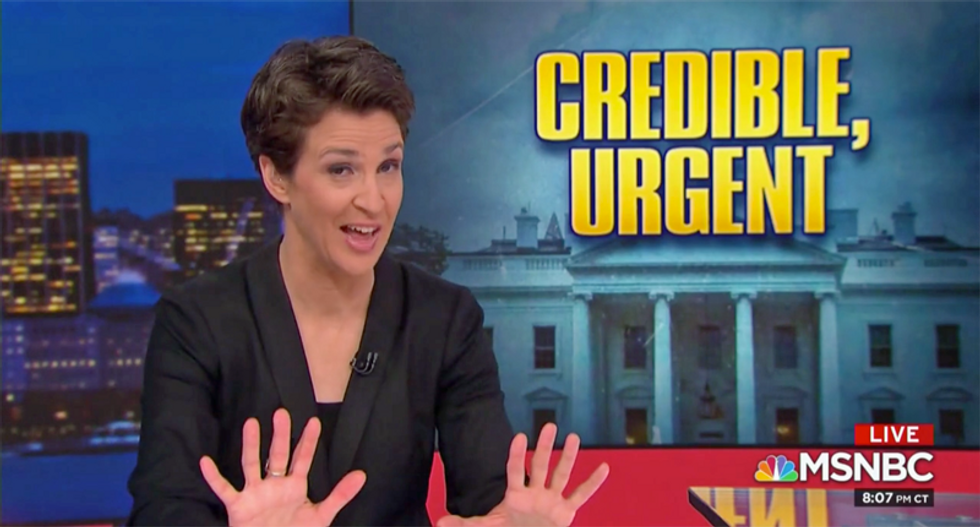 The host of "The Rachel Maddow Show" on MSNBC was flabbergasted by the latest court moves by President Donald Trump as he continues to hide his tax returns from investigators.

The host noted the ongoing legal battle Trump is waging to keep his accounting firm, Mazars, from handing over eight years of his tax returns to New York state investigators.

“The president cannot be 'subject to the criminal process' while in office," read one quote. “Nor can he be investigated, indicted, or otherwise subjected to criminal process."

"Nor can he be investigated? Wait a second," Maddow said.

"And now it’s the contention of the Trump Administration that not only can a president not be indicted, he can’t be investigated -- at all -- for anything. No matter what he does," she explained.

"But it is a remarkable thing to see it in black and white. And that is just what they are claiming that the president really could stand in the middle of 5th Avenue and shoot someone in cold blood. Not only are they now claiming that he could not be indicted for doing that, they are now claiming he could not be investigated as to whether or not he did it -- no matter how many people saw him do it in broad daylight," Maddow noted.