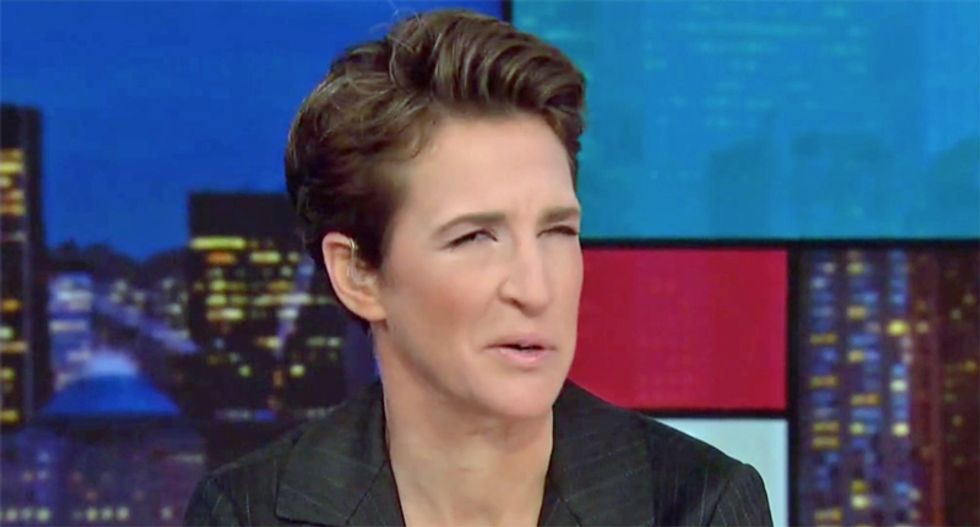 "It’s almost easier today to talk about what scandals aren’t breaking today than to list the ones that are. Today CNN had an incredibly damning exclusive report, which they had to themselves all day today. I should mention that just within the last hour, even though CNN had this exclusively all day, the crux has been matched by both NBC News and by The New York Times," Maddow reported.

The host read from the article.

"In a previously undisclosed secret mission in 2017, the United States successfully extracted from Russia one of its highest-level covert sources inside the Russian government, multiple Trump administration officials with direct knowledge told CNN," the story reported.

"But the basic story from all three outlets is the same. It’s about the intelligence community in 2017 taking a dramatic step to protect an incredibly important intelligence asset who was working for the U.S. government from inside the Russian government," she noted.

"The removal of the Russian was driven in part by concerns that President Trump and his administration repeatedly mishandled classified intelligence and could contribute to exposing the source as a spy," Maddow reported.

"What the CNN report is saying -- and now NBC News and The New York Times matching it as well -- is that as President, Trump so egregiously mishandled classified information -- and in so doing destroyed highly sensitive foreign intelligence operations by telling the Russians about them, that U.S. Intelligence decided that President Trump might burn America’s best source inside the Russian government," she explained.

"He might expose that person, he might get that person killed. So, they had to emergency ex-filtrate that person out of Russia to save his or her life," Maddow reported. "Not only does that tell you something about our president, it also means U.S. intelligence no longer has that priceless source in the upper echelons of the Russian government."