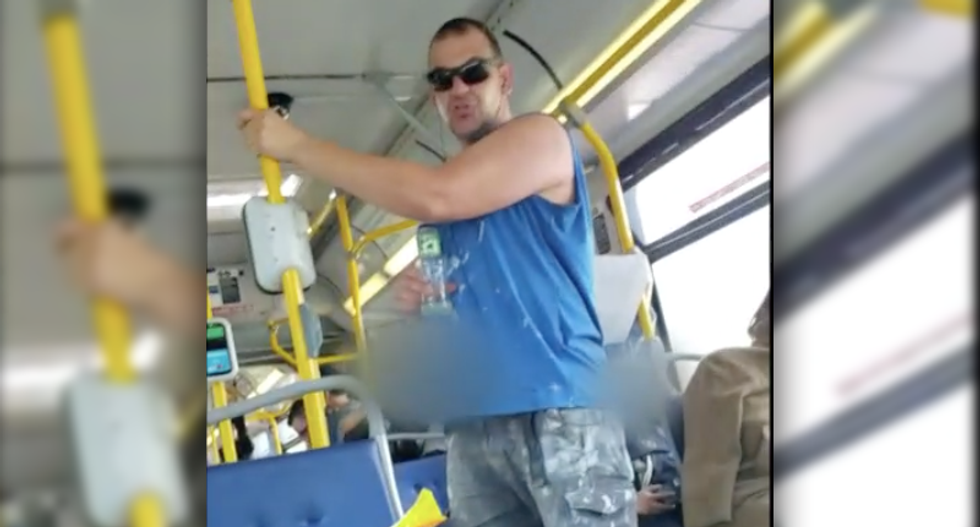 A man is being charged with a crime after his racist and sexist attacks were filmed on video while he was on a Metro Vancouver bus.

Scarlett MacPherson was headed to Simon Fraser University for the first time when the man, Raul Miguel Rubio-Alabau, boarded and launched into a verbal attack on the women around him, reported CBC News.

"There was a man screaming vile, racist and sexist comments at almost all the women on the bus," said MacPherson, who is studying psychology. "It was really rough, actually."

The Rubio-Alabau was seen wearing sunglasses, a blue shirt and grey shorts as he screamed in the middle of the bus at women around him. He made lewd comments about their bodies and racist remarks about Asians on the bus. At one point he looked directly into camera filming him and told MacPherson he didn't like her eyes and she was fat. He then told her to have sex with a woman sitting by her.

Some women were afraid of Rubio-Alabau, and others got off the bus, MacPherson recalled.

"I wanted to get between him and the other women, but I was also worried for my own safety," she said.

He finally exited the bus and MacPherson checked with the other women to make sure they were OK. She said the driver ignored the whole situation, acting "apathetic" about it and refused to get involved.

Police arrested him Friday after they got calls of Rubio-Alabau "racially abusing" a member of the public before assaulting them. It was the same man captured on video.

"People need to be taught that this kind of behaviour isn't OK. Not in public and not in private and not toward women, not toward men, not toward anybody," she said. "It was just vile."

Read the full report. Watch the video below: